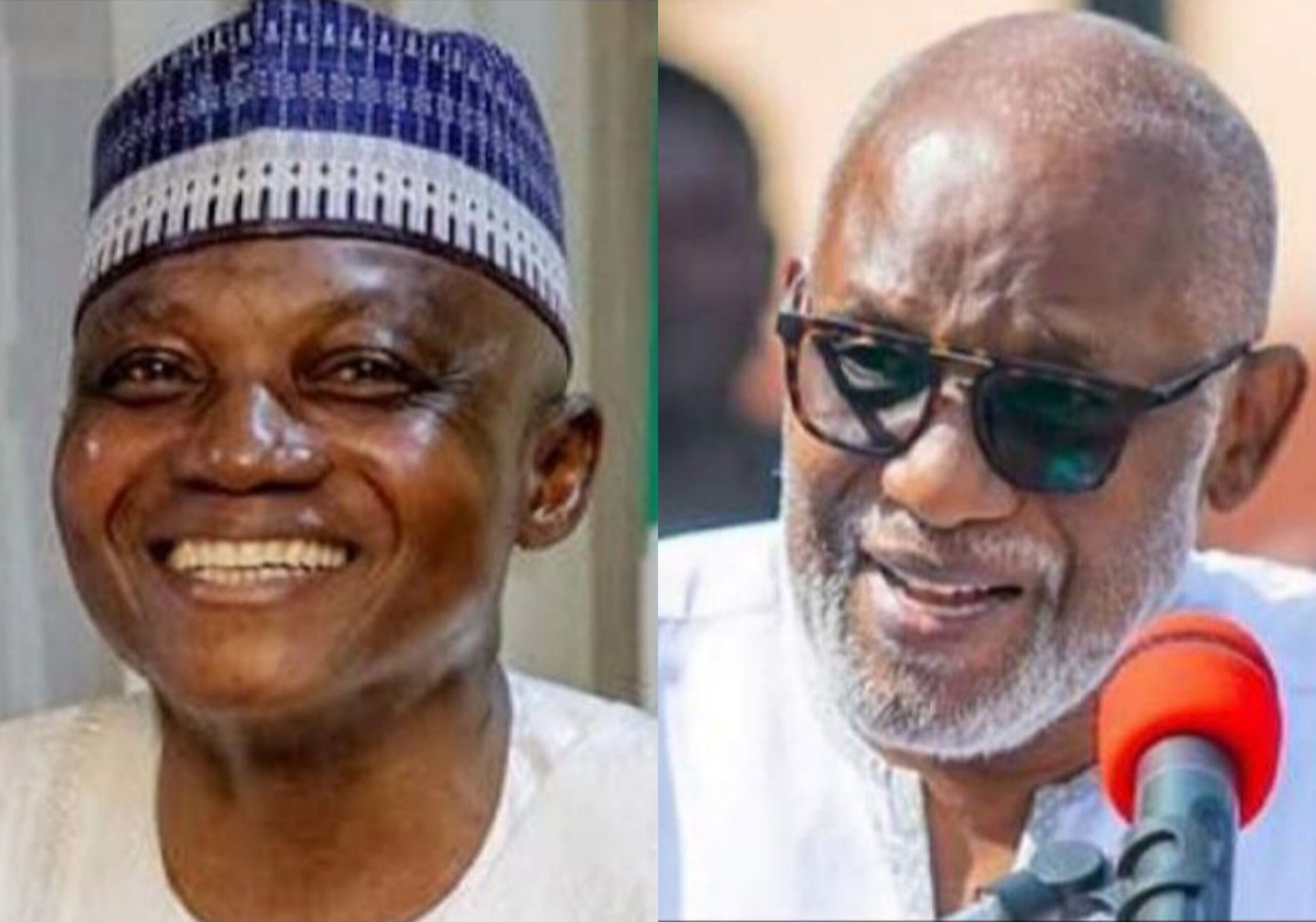 Nigerians on social media are applauding the Ondo State governor, Rotimi Akeredolu, for putting the Special Assistant to President Buhari on Media and Publicity, Garba Shehu, ‘in his place’.

Akeredolu’s clapback followed after Shehu’s comments on the resolution of the Southern Governors Forum with respect to the ban on open grazing in the region.

Shehu, in a statement allegedly from the presidency, faulted the ban on open grazing by the Governors, tagging it as ‘illegal’.

But Akeredolu, in a counter-statement issued by his Senior Special Assistant on Special Duties and Strategy, Dr Doyin Odebowale lambasted the President’s aide, who he described as a “pitiable messenger” and a ‘major supporter of the current pervasive anarchy in the land’.

The statement titled, ‘Mr Garba Shehu: On the trail of an agent provocateur’ read in part:

“Mr Garba must disclose, this day, the real motive(s) of those he serves, definitely not the President. He cannot continue to hide under some opaque, omnibus, and dubious directives to create confusion in the polity.”

These reactions followed on social media:

Garba Shehu should just avoid Ondo Government appointees. I mean, those guys no longer see anything good in him. You just have to hear Dr Doyin Odebowale speak about him to know what's up.

I like how Akeredolu put Garba Shehu in his place.

Garba Shehu, aka a pitiable messenger. Such a beautiful name, it is here to stay!

So Akeredolu referred to Garba Shehu as a pitiable messenger who does not know the limits to his relevance 😂😂😂😂😂. Total smack down, I'll just call it a day.

Governor Akeredolu is very right
Mr Garba Shehu is going beyond his borders. He deserves the earful.

Akeredolu to Garba Shehu in that statement;pic.twitter.com/b3FkJpK4Ne

Violent clashes between security operatives and gunmen in the Orji area of Owerri, Imo state on Tuesday afternoon have reportedly left few dead.

The gunmen were said to have invaded a police facility in Orji and set it ablaze before engaging the police in a gun duel.

Footages shared by eyewitnesses on Twitter showed the hoodlums dressed in black and red attire with sophisticated weapons and residents scampering for safety as gunshots were heard.

See the footages below:

What is happening in Owerri 😭 These guys are shooting carelessly. Please if you’re in Owerri stay at home🙏 pic.twitter.com/K9SDOdjSTe

All is not well in Imo State. pic.twitter.com/9v7fPbZivo

If you are in Owerri, IMO state, Please stay indoor. pic.twitter.com/hiZ2lMjug2

The 21-year old had paraded himself as a financial Investor in Bitcoin, forex trading, real estate and oil & gas while promising investors of a whopping 60% return on investment (ROI) per month on every sum invested, plus guarantee of the invested principal.

“The funds, which belong to over 500 investors, were diverted to sponsor extravagant lifestyle, parties, exotic cars, luxury watches, real estates in Abuja, Lagos and Port-Harcourt,” the Police SFU announced in a statement on Monday.

“Some of the properties/items purchased with the diverted funds have been recovered as exhibits while the suspects will be charged to the Federal High Court as soon as the strike by Judiciary Staff Union of Nigeria (JUSUN) is called-off,” it added

Internet users who considered the percentage return on investment per month a rather outrageous deal had these to say:

A 21-year-old selling 60% ROI per MONTH to people old enough to be his grandparents, people who had experienced all the forms of Ponzi scheme in existence, and they fell for it. Sometimes it’s difficult to feel sorry for the victims of these greed-driven “investments.”

If your understand business you should know that any organization offering above 10% ROI can't stand the test of time. Let alone 60% ROI

The Special Fraud Unit will arraign the founder of BRISK CAPITAL LIMITED, Mr Dominic Joshua Ngene for stealing over N2Billion from investors.

Na only God in heaven fit give person 60% ROI

He actually called the company 'Brisk Capital Limited' and you went there expecting 60% ROI.

He told you come for quick cash/money doubling and your went. You played yourself.

And investors will use them to do yeye.

Any investment that could get you like 60% ROI in a year legitimately will also be high risk like betting on an early stage company that turns out great.
Very difficult to invest in a mature industry like real estate, oil, gas etc and expect such returns.
People never learn.

Forex CEOs has caused many harms than goods.

Residents of Afikpo town, Afiko Local government area of Ebonyi state were greeted with the gory sight of a man suspected to be a suicide bomber who was blown into pieces on Tuesday after his alleged suicide vest reportedly exploded on his body.

The incident occurred close to the Eke Market, Afikpo at about 12 noon.

The situation had caused panic and scare in the community but the Ebonyi State Police Command has refuted the reports of suicide bombing in the state as false.

According to the Command’s Public Relations Officer, DSP Loveth Odeh, the pictures circulating on social media were not in connection with a suicide bomber.

“There is no bomb explosion in Ebonyi, but regrettably, this morny, one of our mobile police personnel attached to Afikpo on special duty was wounded by teargas. The officer mistakenly hit a tear gas hung on his belt and unfortunately, the device exploded and wounded him and he died”

We gathered these reactions:

Our Leader Mazi Nnamdi kanu Said it, They Will Come and they will die. Here is a FULANI Suicide Who tried to Gain Entrance to a Primary School in Afikpo in Ebonyi State, He was Roasted like a chicken 🐔. #EKUMEKU
Boko Haram is Already In BIAFRA Land but they can't Succed. https://t.co/GnvuqC96So

This is the first of its kind. Something that have never been heard off in the South

Suicide bomber in Ehugbo/Afikpo, hold @DaveUmahi, @EbonyiGov responsible. He brought Fulani terrorists into our land. He's pandering to them because of his selfish political ambition