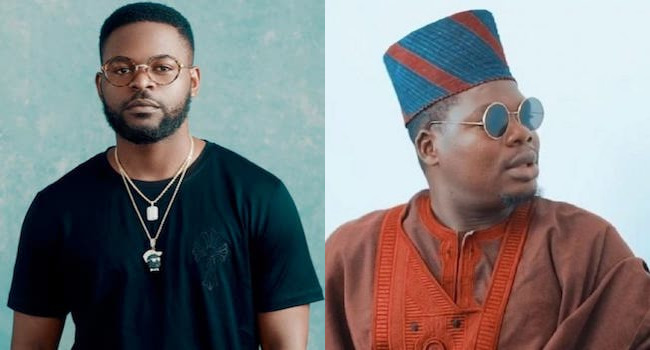 Nigerians have taken to social media to commend celebrity frontliners in the October 2020 #EndSARS protests who publicly declined invitations by the Lagos State Governor, Babajide Sanwo-Olu, for a ‘Walk of Peace’, pursuant to widespread grievances that followed the #EndSARS protests last year.

Sanwo-Olu had sued for peace and harmony at a briefing on Tuesday commenting on the submitted report of the Lagos Judicial Panel of Inquiry, set up to investigate cases of police brutality and the Lekki Shootings of unarmed protesters.

The Governor said: “Our state deserves true healing after the disturbances that trailed last year’s protests against police brutality. It is only the sustenance of harmony that can guarantee the realisation of aspirations of all residents,

“I have extended an open invitation to the youths, members of the diplomatic corps, civil society groups, students and the media, as well as other stakeholders to join me in this peace walk,” he added.

The ‘Walk of Peace’ is scheduled to hold in December, but celebrities like Folarin Falana, popularly known as Falz and Debo Adedayo (Mr Macaroni) have publicly turned it down calling it a ‘disrespectful’ attempt to evade justice.

They have called on the government to implement the recommendations of the panel as there can be no peace without justice.

See how Nigerians are reacting below:

Fani-Kayode, who recently defected from the Peoples Democratic Party (PDP) to the ruling All Progressives Congress (APC), was reportedly arrested on Tuesday at the Federal High Court in Lagos, where he was standing trial for a case of suspected fraud.

Mr Shehu Shuaibu, an EFCC investigator who confirmed the Ex-Minister’s re-arrest said he was being quizzed over false documents.

The development comes barely a week after Fani-Kayode was reportedly ‘invited’ by the anti-graft agency to answer questions relating to the forgery of a medical report which he allegedly procured to evade his long standing fraud trial before the Federal High Court in Lagos.

The former minister in a series of social media posts days back, confirmed being quizzed by the EFCC, but debunked widespread reports of his arrest.

In one post, he wrote: “I pity those that said I was arreated. They’re filled with lies and hate and live on fake news. Since when did an invitation and a friendly chat become an arrest? And even if I had been arrested SO WHAT? I am not above the law and neither does joining APC give me immunity. My God is MIGHTY?”

Here’s how Nigerians are reacting to Fani-Kayode’s re-arrest:

Also, the outcome of the 2021 Ballon d’Or Award ceremony on Monday created quite a buzz on social media as football fans reacted to the final recipients of the awards.

Paris St-Germain player, Lionel Messi, won the Men’s Ballon d’Or prize for a record seventh time after leading Argentina to Copa America glory among other individual records he broke in the season under review.

In the ranking, Robert Lewandowski came second, followed by Jorginho and Karim Benzema while N’Golo Kante finished in fifth spot.

Alexia Putellas won the women’s award, while Lewandowski was named the inaugural Striker of the Year as the top scorer for both club and country.

PSG goalkeeper Gigi Donnarumma was voted the best men’s goalkeeper in the world.

There are many who believe Lewandowski deserved the award because he won more trophies and scored 23 more goals for his club and country. On social media, some football fans in Nigeria shared this same thought while others rooted for Messi.

Messi in his acceptance speech, however recognized Lewandowski as the 2020 Ballon d’Or winner.

He said, “Last year, everyone was in agreement that you were the winner and I think that France Football should give you the Ballon d’Or that you deserve, and you should have it since you earned it and you won it last year. Hopefully, France Football could deliver it to you and you can have it in your home. You were the rightful winner [last year]. It couldn’t happen because of the pandemic, but I think you should also have it in your home.”