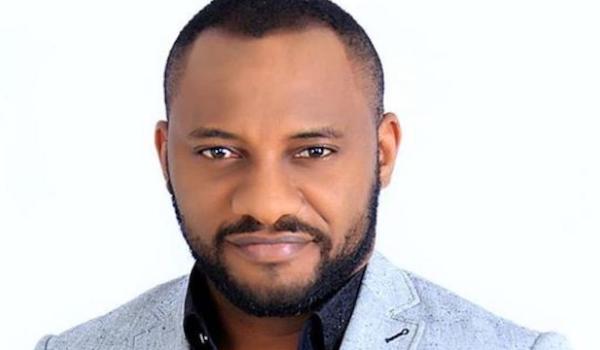 Yui Edochie took to his Social media account to reveal his son with second wife.

Edochie wrote, “It’s time for the world to meet my son. His name is STAR DIKE MUNACHIMSO YUL-EDOCHIE. Born by my second wife, Judy Austin. And I love him so much, just as much as I love my other children.”

In quick response to the post, Yui’s first wife, May, wrote, “May God judge you both.”

Congratulations to Yul Edochie. We’re proud of men like you. Keep the flag of polygamy flying👍👍

If Regina Daniels wasn’t the 6th Wife to Ned Nwoko, she would also be giving hot takes on Yul Edochie right now

If you intend to be polygamous, discuss this with the woman before you get married to her. Not after spending years with you, you bring another woman home with pregnancy.

May God comfort May Edochie from the hurt Yul Edochie brought to her.

My own is just as Yul Edochie has come out publicly to claim a child from his second wife, I encourage all women to also come out with the children they had for other men whilst in their happy marriage🧐….. Ka Ekete kwupú Ike🤗

Do men ever consider the effect of their infidelity on their wives?

How do u betray a woman who has been there for u for over 16yrs even when Yul Edochie did not have a career, his wife was there. And not only that he cheated, there is evidence for it and then he marries her😩

Before you marry a second wife like Yul Edochie did, should you be in agreement with the first wife before going ahead? 👀

Atleast Yul Edochie didn't deny his baby or hid it from us. Respect. Can't say the same for you people that get triggered at the mention of DNA paternity test. 💀

If Yul Edochie's wife was the one who had a baby with another man, Nigerians will drag her to filth & cancel her, but Yul is getting away with his act cos he's a man; The double standards practiced in today's society is beyond d!sgusting. Men practically get away with everything.

Yul Edochie has a 2nd wife?? I thought they said a marriage with a man whom you stayed with when he is broke will last, how far???

Even those sleeping with married men are insulting Yul Edochie pic.twitter.com/TDVGyglBsd