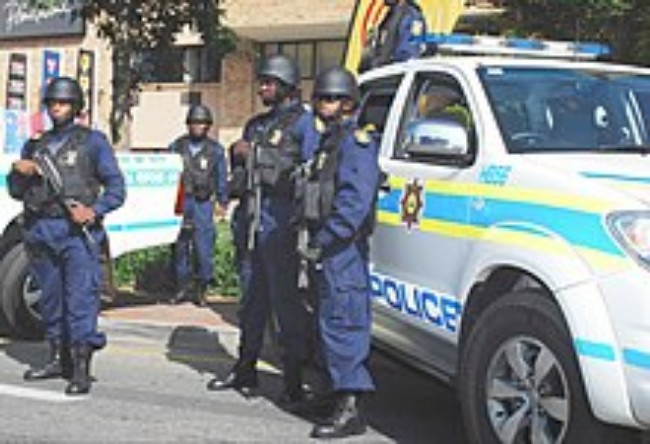 A 43-year-old South African man has been arrested for the alleged rape and murder of his five-year-old niece in Kwanonqubela, Alexandria, in the Eastern Cape, the police said in a statement on Monday.

Eastern Cape Police spokesperson, Colonel Priscilla Naidu, who released the statement, said the suspect was arrested on Saturday after a man alerted the police of a person being assaulted at his home.

“On arrival, detectives found the brutally battered body of a 5-year-old girl lying on the lounge floor. The suspect was very drunk and incoherent to give an account of what happened.

“The victim, Siphenathi Xhali, sustained multiple wounds on her body. It is suspected that she was murdered with a spade which was later found in a neighbour’s yard. It is also suspected that the child may have been raped. The post mortem will be conducted to verify such suspicion,” Col. Naidu said.

She added that the child was taken during the early hours of Saturday from the neighbour’s house.

“It is alleged that the child’s mother had dropped her off at about 14:00 on Friday, 2 December, 2022, at her father’s house in the same area. The father in turn left the child at the neighbour’s house.

“The 43-year-old suspect is detained on a charge of murder and is expected to appear in the Kenton-On-Sea Magistrate’s Court this week. Pending the results of the post mortem report, an additional charge of rape may be added.”

Related Topics:South African man
Up Next

Ugandan doctors kneel before President Museveni, beg him to seek seventh term in 2026