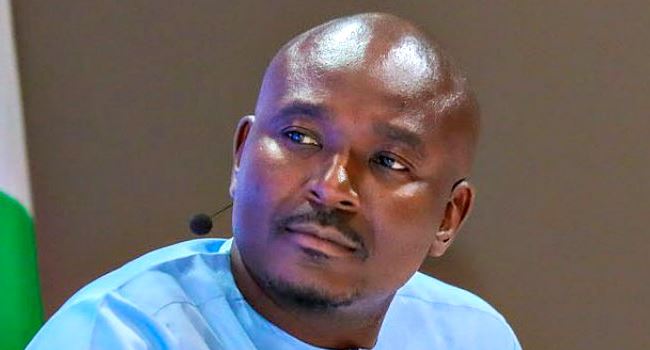 A federal lawmaker, Akin Alabi, on Friday described the re-arrest of Omoyele Sowore by the Department of State Service (DSS) as a desecration of the judiciary.

Alabi, who represents Egbeda Federal Constituency in the House of Representatives, added that not minding whose side one might be on the matter that the re-arrest “cannot be right in any way”

He said, “The DSS will have to explain why Sowore was rearrested. And the reason has to be HUGE. We just debated on the floor yesterday about the separation of powers but this is a desecration of the judiciary. No matter whose side you are on, this cannot be right in any way.”

Sowore and his co-defendant, Olawale Bakare were released on December 5, by the DSS after keeping them in its custody for 124 days.

However, on December 6 (today), the DSS stormed a Federal High Court in Abuja to re-arrest Sowore.

After the initial failure to arrest them at the court premises, the DSS eventually succeeded in keeping them back in its custody when final, counsel to the defendants took them to the DSS office.

Spectranet launches car Mifi to aid internet connectivity on the go. Another toy or needed product?