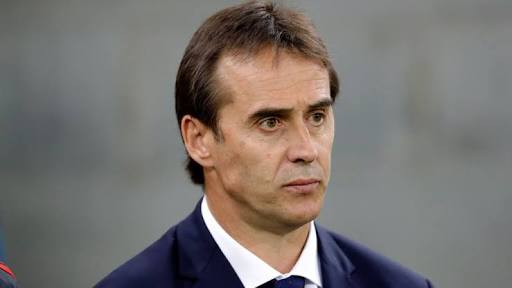 This is coming a day after La Liga giants, Real Madrid, announced that Lopetegui would succeed Zinedine Zidane at the Bernabeu on a three-year-deal.

The Spanish football federation (RFEF) said it had dismissed the 51-year-old because the negotiation occurred “without any information to the RFEF”.

“I know it’s a very difficult situation. I know there’s going to be criticism whatever I do,” RFEF president Luis Rubiales said.

“I’m sure this will, in time, make us stronger. I admire Julen very much, I respect him very much. He seems a top trainer and that makes it harder to make the decision.

“You can’t do things this way, two or three days before the World Cup. We have been compelled to make this decision.”

As it stands, Spain sporting director Fernando Hierro will take charge of the national team at the World Cup.

The former Real Madrid and Bolton Wanderers defender is in his second spell as sporting director.