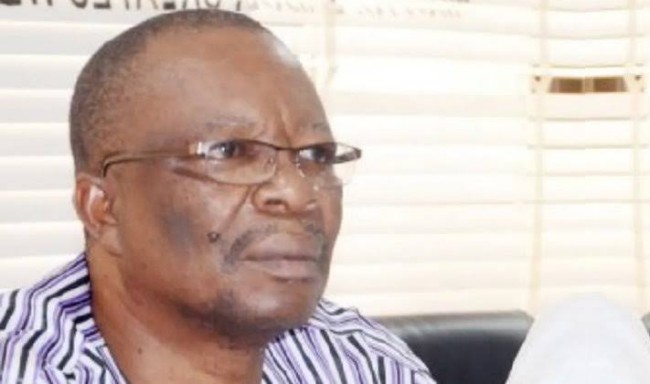 The Academic Staff Union Of Universities has urged the National Parent-Teacher Association of Nigeria (NATPAN) to put pressure on the Federal Government into fulfilling the terms of agreements signed with the union as its industrial action continued to cripple the nation’s tertiary education sector.

ASUU President, Professor Emmanuel Osodeke, stated this on Thursday during an interview on AriseTV ‘Morning Show, monitored by Ripples Nigeria.

Osodeke’s assertion came as a sequel to a proposal by NAPTAN to levy a payment of N10,000 per session on each parent to assist the government in making more funds available for universities.

NAPTAN’s Public Relations Officer, Dr. Ademola Ekundayo, had disclosed this during an interview on Wednesday.

Ekundayo, who lamented the continued closure of universities in the country, said parents were at the receiving end of the disagreement between the Federal Government and ASUU.

However, the ASUU president has dismissed the idea, saying it was not sustainable while urging pressure on stakeholders to increase the budgetary allocation to the education sector.

Osodeke said, “I want to commend the parents but what the Association should be doing is to meet the President and ensure the FG meets up with the agreement in order to revamp the education sector. They should also meet the National Assembly and look at the budgetary allocations to education in order to increase it. We cannot be priding ourselves as Giant of Africa while our students are schooling in countries like Benin Republic. They should mount pressure on the FG to prioritise tertiary education.

“Why can’t Nigeria upgrade the education budget to around 15% from the around 5% currently? The offer by the parents while good is not sustainable.”

He further noted that the issue of strikes by university lecturers is not peculiar to Nigeria but the difference is in the commitment of Western Governments to ensuring a sane education sector for their citizens.

“If you check all tertiary education in the world, what we are doing is also done in those countries but the difference is that their governments intercede, especially in the UK. The issue of striking workers is not a Nigerian problem. This issue can be resolved in one day if there is sincerity and this is because most politicians children are not schooling in Nigeria,” Osodeke noted.

The national body of ASUU had on Monday, February 14, 2022, declared a national strike grounding academic activities in federal universities and some state-owned universities across the country.

It had requested from the Federal Government the release of revitalisation funds to universities; earned allowances; deployment of the University Transparency Accountability System for the payment of salaries and allowances of lecturers; release of the white paper on the visitation panels to universities among others.