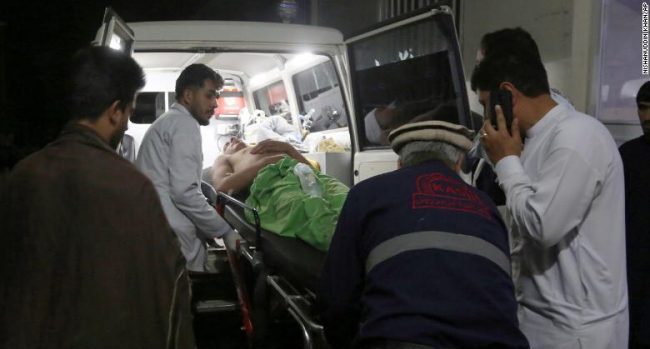 Taliban, the feared Sunni Islamic fundamentalists, have denied any involvement in a deadly suicide blast that targeted a wedding in the Afghan capital of Kabul which killed no less than 63 people and wounded 182 other victims.

Reacting to blast which took place on Saturday evening in the men’s reception area of the Dubai City wedding hall in western Kabul, Taliban said the blast was “forbidden and unjustifiable”.

Taliban was forced to deny its involvement in the suicide blast after Afghan President Ashraf Ghani strongly condemned the “inhumane attack” in a tweet on Sunday, adding that the “Taliban cannot absolve themselves of blame, for they provide platform for terrorists”.

Gul Mohammed who witnessed the explosion said that the blast occurred near the stage where musicians were and “all the youths, children and all the people who were there were killed.”

Afghan officials said on Sunday that the blast which recorded women and children among casualties now ranks as the deadliest attack in Kabul this year.