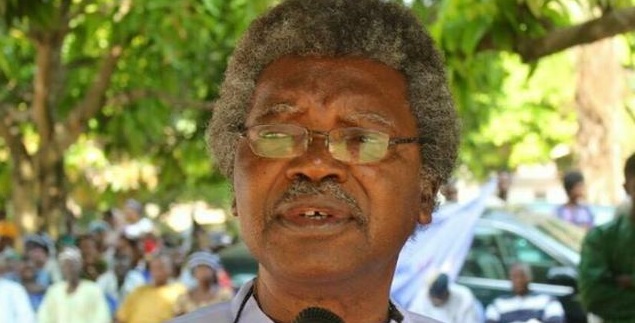 Former chairman of the Northern Elders Forum (NEF), Paul Unongo, on Monday told some journalists to let the President Muhammadu Buhari led Federal Government know in their report that killings of Nigerians by herdsmen must stop because it is not doing anybody any good.

He added that should the killings which has been more prominent in his state, Benue, and other states as Taraba, Nasarawa continue and the people cannot stay in their homes anymore that “there would be no Nigeria”.

Unongo, who is also a former minister of Steel, stated this while reacting to attacks and killings in his local government area, Kwande. Eight persons were reportedly killed in the attack, many injured while several properties were destroyed.

The elder statesman, who cautioned that Nigeria was gradually sliding into a no-state, spoke when some newsmen engaged him soon after he led his kinsmen to a meeting with Governor Samuel Ortom in Makurdi.

“My reaction to this latest killings is like I do in all killings anywhere in the world, they shouldn’t have happened. I am calling on the Federal Government to do the needful by taking effective action to contain all killings.

“The primary responsibility of the President and the government is not just the enthronement of law and order, it is also the protection of lives and property of the people and citizens of that country.

“If we cannot stay in our homes anymore, there would be no Nigeria. It is a fact. I pray that as journalists you all will tell the government that these killings have to stop. Government must suppress the killings because it is not doing anybody any good.”

Killings by herdsmen has continued across the country especially in Benue and some other Middle Belt states despite military operations and police deployment in those stated to address the menace threatening Nigeria’s continued existence.