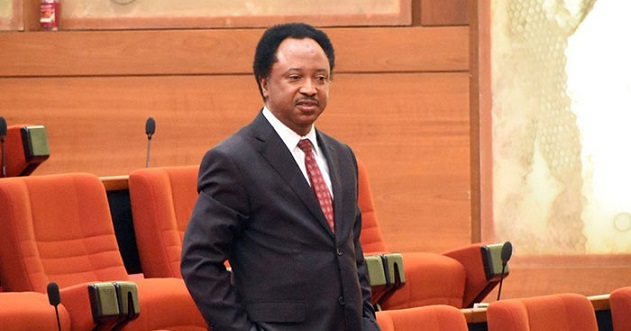 The All Progressives Congress, APC, may have successfully staved off another high profile defection from its fold, as the national leadership of the Nigeria’s ruling party has lifted the suspension on Senator Shehu Sani.

The lifting of the suspension was announced in a statement by the Acting National Publicity Secretary of the party, Yekini Nabena, on Sunday.

Senator Sani, representing Kaduna Central, has been having a running battle with his state governor, Malam Nazir El-rufai, leading to his suspension by the ward chapter of the APC.

He was expected to defect alongside other senators who dumped the ruling party about two weeks ago but his name was conspicously missing from the list read out by the Senate President, Bukola Saraki, during plenary.

He was also, to the dismay of many, spotted at the meeting the President had with APC senators in the aftermath of the mass defection. This made many, especially in the opposition Peoples Democratic Party, PDP, to see him as a snitch.

The Senator, however, defended his action saying he is not wired up in the way of the PDP, adding that he would remain in APC because of the intervention of party leaders.

Nabena’s statement reads in part: “The National Secretariat has received the news of the suspension of Senator Shehu Sani by the Tudun Wada ward Chairman and wish to clarify that the purported suspension of Distinguished Senator Shehu Sani representing Kaduna Central Senatorial District is hereby lifted and (he) is confirmed as a bonafide Member and leader of our party.

“The Chairman Kaduna State Chapter has been directed to inform the relevant Ward and Local Government chapters appropriately, and also put the necessary mechanism towards complementing the efforts of the national leadership towards ensuring lasting peace and unity in the party.

“It will be recalled that Senator Sani had shunned the idea of defecting to the PDP like other APC National Assembly members following the peace moves initiated by the National chairman of the APC, Comrade Adams Oshiomhole.”