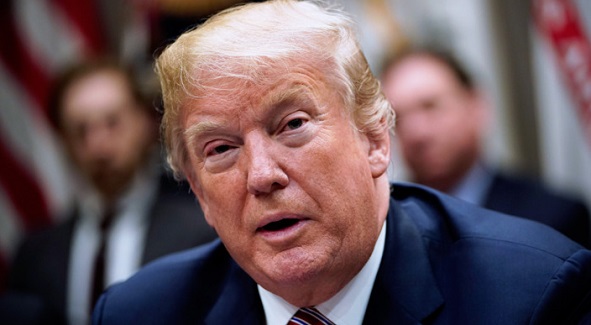 The United States President Donald Trump has declared war on social media firms warning that they will not be allowed to “control what we can and cannot see.”

Addressing a campaign-style rally in Indiana on Thursday, Trump vowed that his administration will fight censorship of conservatives by any social media platform.

“You look at Google, Facebook, Twitter and other social media giants and I made it clear that we as a country cannot tolerate political censorship, blacklisting and rigged search results,” Trump said.

“We will not let large corporations silence conservative voices,” he added, noting that “it can go the other way some day too.”

Trump’s comments are coming after he fired another barb at those he perceives as enemies when he claimed without proof that China hacked into the email of 2016 Democratic presidential candidate Hillary Clinton.