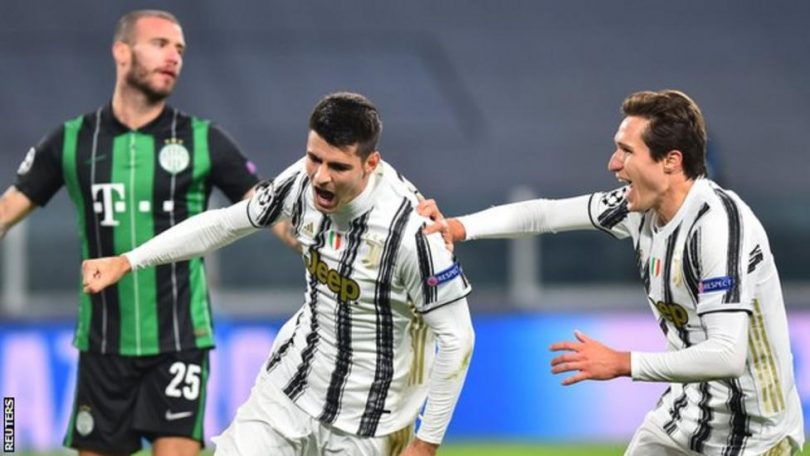 Chelsea forward, Olivier Giroud scored a late winner for the Blues in their 2-1 victory over Rennes in the Champions League on Tuesday.

The French star finished off an injury-time effort after Timo Werner’s shot had been blocked.

Callum Hudson-Odoi had scored the opener in the 22nd minute before Serhou Guirassy headed home from a corner in the 85th minute to level both sides.

Giroud then got the win on 91 minutes. The victory sealed the Premier League side’s progress to the knockout stage with two games to spare.

In the other game of group E, Sevilla played 2-1 against Krasnodar, ensuring they won their third consecutive game in the competition.

The La Liga side join Chelsea to progress to the next round as both teams are on ten points, nine more than both Rennes and Krasnodar.

In Italy, Alvaro Morata scored a stoppage-time winner to also fire Juventus through to the knockout stage.

Juve overcame a scare against Ferencvaros to qualify.

The Hungarian champions took a deserved lead when Myrto Uzuni scored but the hosts came from behind with goals from Cristiano Ronaldo and Morata sealing victory.

Also in Group C, Barcelona sealed qualification in style as they hammered Dynamo Kyiv 4-0, with Lionel Messi not in the squad.

In France, Neymar scored a penalty for Paris Saint Germain to secure a 1-0 win over RB Leipzig and ease tension.

United are top of the group and need just a point from their remaining two group games to qualify for the knockout stage.