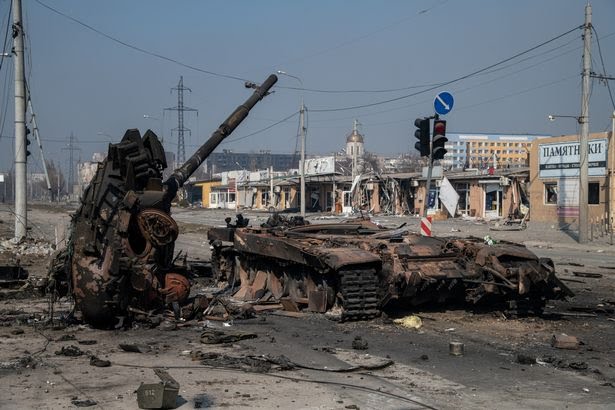 Ukrainian military officials say not less than 16,400 Russian soldiers have been killed since the start of the invasion of their country on the orders of President Vladimir Putin on February 24.

A statement by the Ukrainian General Staff on Saturday, also claimed that its forces have also succeeded in destroying 117 Russian aircrafts, 127 helicopters, 575 tanks, 1,640 armored carriers, 293 cannons, 91 rocket launcher systems, and 51 air defense systems in the one month the war has lasted.

Echoing the statement by his military in his daily address on television on Sunday morning, Ukrainian President Volodymyr Zelensky, said more than 16,000 Russian troops had been killed in the conflict.

He said his soldiers had delivered ‘powerful blows’ to Moscow and called for Putin to negotiate, but warned he would not give up sovereign territory.

NATO had, on Friday, given an estimate of Russian soldiers who have lost their lives in the war to be between 7,000 and 15,000, while the Russian military said in a statement that it has only lost 1,500 soldiers.