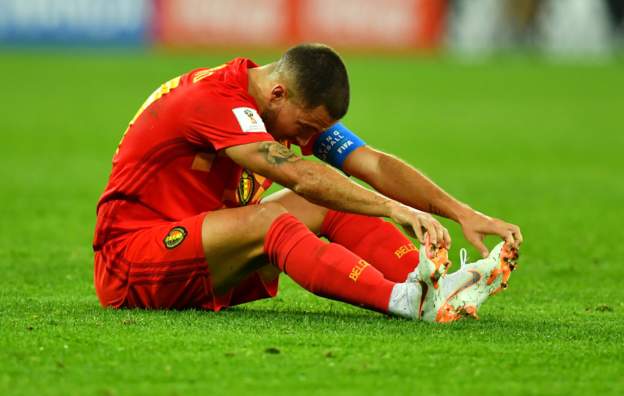 Barcelona ace Samuel Umtiti made the difference for France against Belgium as Les Blues reach the final of the 2018 FIFA World Cup.

It was Belgium’s first semi-final since 1986, and France, who won the title in 1998, will face Croatia or England in Sunday’s final in Russia.

The Didier Deschamps side were on the back foot for large periods of the game, but emerged victorious to reach their third final, having been beaten by Italy on penalties in 2006.

After a goalless first half with both sides missing several chances, Belgium finally took the lead in the 51st minute.

A corner from Atletico Madrid’s Antoine Griezmann landed on Umtiti’s head, and the defender, despite pressure from Fellaini, nodded the ball into the net.

Umtiti’s goal was the 69th from a set piece at the tournament out of a total of 158 so far.

Belgium will take on the losing side in the other semifinal match between England and Croatia on Saturday.

England play Croatia at the Luzhniki Stadium in Moscow on Wednesday, and the final takes places at the same venue on Sunday.

Torres signs to take up ‘new challenge’ at Japanese club