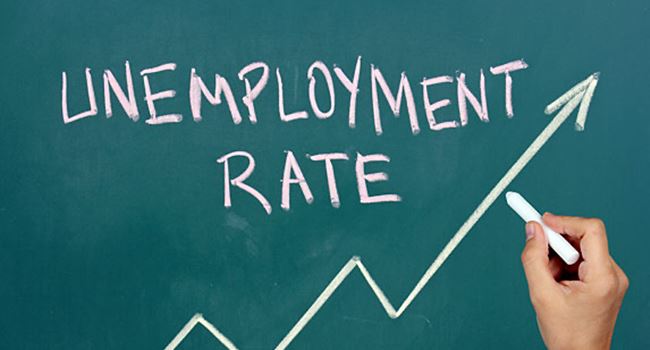 Nigeria’s unemployment rate rose to 27.1 per cent in the second quarter of 2020 from the 23.1 per cent recorded in Q3 2018, the National Bureau of Statistics (NBC) said on Friday.

The statistics office similarly observed that the total working age population had increased by nearly 17 million in those six years.
The Labour Force Statistics report issued on Thursday noted that the unemployment figure rose from 20.93 million in 2018 to 21.76 million in the second quarter of this year.

For the first time in the history of the revised NBS unemployment report, the number of people in the labour force willing to work fell, dropping by at least 10 million.

It noted that unemployment could rise due to “people previously outside the labour force (e.g students, housewives, etc)” deciding to join.

The report disclosed that unemployment is prevalent within the age group 25 to 34, where more than seven million persons are unemployed.

The report is the first labour force data report to be issued in Nigeria since 2018.

OFFICIAL: Willian leaves Chelsea for Arsenal, to wear no.12 shirt