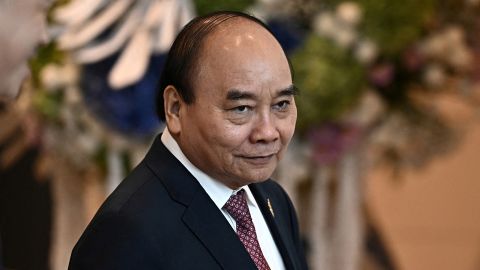 The government of Vietnam said Tuesday that President Nguyen Xuan Phuc had resigned after the country’s Communist Party accused him of being responsible for “violations and malfeasance” by officials under his command.

The highest-ranking official targeted by the party’s extensive anti-corruption campaign is Phuc, a former prime minister widely credited with accelerating pro-business reforms. Phuc has held the largely ceremonial office of president since 2021.

There is no supreme leader in Vietnam; instead, the country is governed by four “pillars”: the party secretary, the president, the prime minister, and the speaker of the parliament.

Phuc, 68, was ultimately responsible for offenses committed by many officials, including two deputy prime ministers and three ministers, the government said.

“Fully being aware of his responsibilities before the party and people, he submitted an application to resign from his assigned positions, quit his job and retire,” it said in statement.

Following the removal of two of his deputy prime ministers in January, there had been widespread rumours that he will be replaced as the party intensifies its “blazing furnace” anti-corruption campaign under the direction of its influential and long-serving leader, Nguyen Phu Trong.