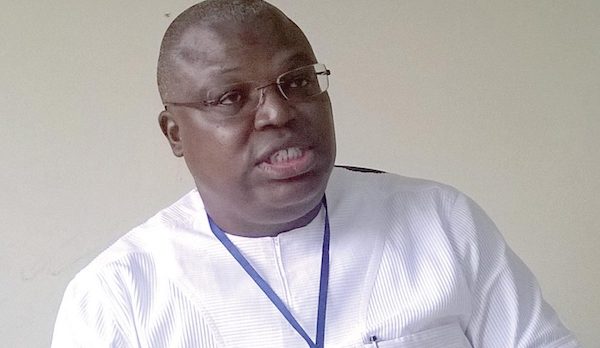 The operators of Bus Rapid Transit (BRT), Primero Transport Services Limited, said on Friday it was still looking for driver of the bus that crushed a businesswoman, Mrs. Grace Okeleke, to death at the Ikorodu area of the state.

The Managing Director of the firm, Fola Tinubu, who expressed the company management’s regret over the incident in a chat with journalists in Lagos, said a delegation had been sent to console the family of the deceased.

He added that the company would not abandon the family but supports them.

Okeleke was crushed to death by a BRT bus on Monday evening.

The deceased, who was the wife of the Head of Public Relations at Globacom, Mr. Andrew Okeleke, attempted to cross the road after being dropped off by her driver at 7.20 p.m. on that fateful day when a BRT bus with number plate EPE 59 XR knocked her down.

Tinubu said: “We are so sorry about what happened, we have sent a delegation to their house to meet the family.

“But, I will also like to say that people need to be careful when they are crossing that road.

“They need to look both right and left, and not assume buses are not coming.

“They need to be patient and they need to use the pedestrian bridge as much as possible.

“We sympathise with the family and it really touches our heart.”

On the destruction of BRT buses by some residents, the managing director said such action was unneccesary as it would neither bring the dead back nor bring any gain to people, the firm is serving.

According to him, at least 10 buses belonging to the company were destroyed by the people.

He added: “There is no need for people to vandalise our buses, at the same time, because that night, they vandalised 10 buses.

“The bus man- driver was wrong by not staying there, and we are looking for him right now.

“We have called his guarantors and we told them that they must produce him.”

Another COVID-19 patient delivered of baby boy at LUTH