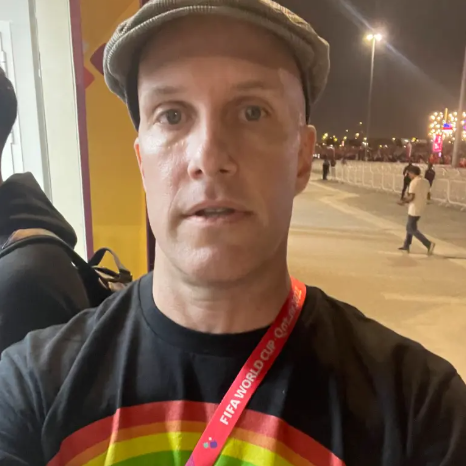 Grant Wahl, an American journalist claimed he was detained on Monday after trying to enter the World Cup stadium in Qatar where same-sex relationships are outlawed.

The journalist was wearing a rainbow shirt in support of the LGBT community.

Wahl, a former writer for Sports Illustrated magazine who currently runs his own website, said World Cup security barred him from attending United States’ match against Wales at the Ahmad Bin Ali Stadium in Al Rayyan and asked him to take his shirt off.

He said his phone was taken away when he wrote about the incident on Twitter.

“I’m OK, but that was an unnecessary ordeal,” Wahl tweeted. “Was detained for nearly half an hour.”

I’m OK, but that was an unnecessary ordeal. Am in the media center, still wearing my shirt. Was detained for nearly half an hour. Go gays 🌈 https://t.co/S3INBoCz89

The journalist subsequently claimed that a security commander later approached him, apologised and admitted him to the stadium.

Just now: Security guard refusing to let me into the stadium for USA-Wales. “You have to change your shirt. It’s not allowed.” pic.twitter.com/TvSGThMYq8

Qatar has been under intense scrutiny from many Western countries over its treatment of the LGBT community and migrant workers, although FIFA’s head, Gianni Infantino deemed such criticism ‘hypocritical’, stating that “Europeans should be apologising for the next 3,000 years before starting to give moral lessons to people.”

Death from earthquake in Indonesia rises to 162, hundreds injured, missing