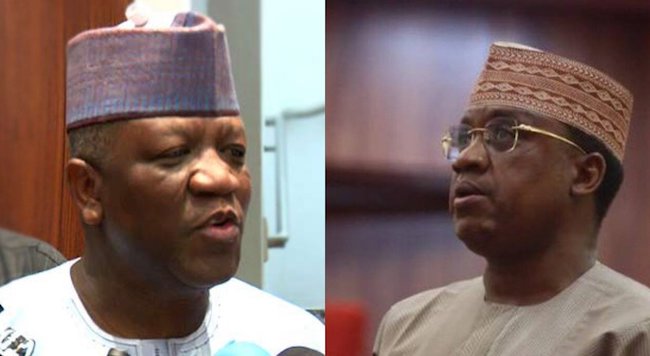 Abdul Aziz Yari, former governor of Zamfara State, and Senator Kabiru Garba Mafara, together with their supporters have abandoned the All Progressive Congress (APC) to join the Peoples Democratic Party (PDP).

Bala Mande, PDP Chairman, told reporters in Gusau, the state capital, on Sunday that the party had received Yari, Marafa, and other key APC members who had defected to the PDP together with their throngs of fans.

“We want to officially announce to you of the joining of our great party, the PDP, by the former Governor, His Excellency, Alhaji Abdul Aziz Yari, Senator Kabiru Garba Mafara and their supporters,” the statement read.

“They are now PDP members, we have reached an agreement and we are going to implement the agreement.

“We have agreed to work together as one political entity in one party, the PDP for the success of the party in the State.

“We have also agreed to work extra hard to reclaim the lost mandate of Zamfara State in 2023 and save its people from their present predicament.

“I have given the stakeholders a complete update of where we are as a result of this development,” Mande told reporters.

The news put a stop to speculations about Yari and Marafa defecting from the APC to the PDP.

The two have been at the center of the Zamfara APC’s leadership dispute, which had resulted in the party’s disqualification in the state’s 2015 elections.

The problem was exacerbated when the state’s governor, Bello Matawalle, switched from the PDP to the APC.

Marafa and Yari lost their leadership positions in the Zamfara APC as a result of Matawalle’s defection.