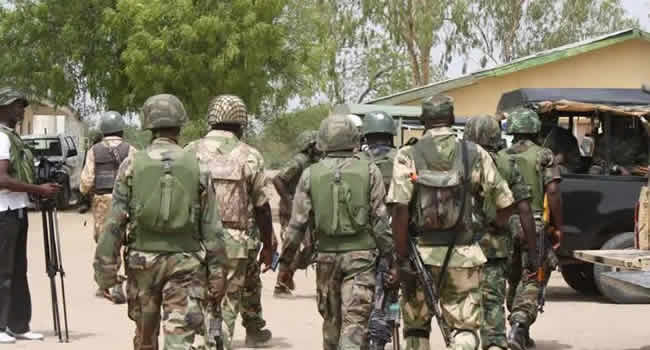 An army officer serving with the Nigerian Army in Zamfara State has been arrested, alongside his girlfriend, for allegedly supplying ammunition and uniforms to bandits terrorizing different parts of the state.

The state Governor Bello Matawalle, who was represented by his deputy Chief of Staff, Bashir Maru, at a press briefing in Dutse on Friday, confirmed the arrest of the suspects by the military through what he termed ‘community-driven intelligence.’

“The military recently arrested an army officer and his girlfriend who were engaged in assisting bandits with military uniforms and ammunition in active connivance with other saboteurs. This arrest was only made possible through community-driven intelligence.

“While the state government awaits the action the military will take on this matter and make an official statement, the development has further proved the position of Governor Bello Mohammed Matawalle that unless the fight against banditry is cleansed of bad eggs and saboteurs, we may not record the desired success in the fight.

“Let me use this medium to salute the courage and patriotism of the individual who came forward with information that led to the arrest of these traitors. Our gratitude knows no bounds.”

The governor also debunked reports that 40 people were killed in an attack on Tungar Baushe community on Wednesday, describing the report as completely false.

“It is therefore unfortunate that some media organizations, without proper investigation and confirmation, went ahead to publish fabricated accounts dished out to them by enemies of peace in the state.