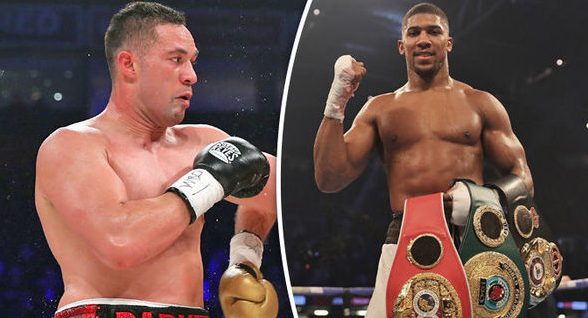 ​The long-awaited unification clash between u​nde​​feated world heavyweight champion, Anthony Joshua, ​and ​New Zealand’s Joseph Parker ​has finally been scheduled to hold​ in Cardiff on March 31​.

​Principality stadium – where Joshua successfully defended his titles against Carlos Takam in October – will host the bout​ and the ​28​-year old​ says he hopes to take another step towards becoming the undisputed world​ ​heavyweight champion.

“I like to fight. It’s like one step closer to adding a strap to my legacy. It’s my main objective, and it’s showing I’m never shy of a competition,” said Joshua.

“He’s (Parker) a respectable competitor, he is the WBO heavyweight champion of the world, so it’s like one step closer to adding a strap to my legacy.

“That’s what makes it exciting.”

​26-year-old ​Parker who is also undefeated, vowed to rip away Joshua’s two world titles by racking up his 25th straight victory.

“Anthony Joshua is in for a huge shock,” Parker ​boasted.​

“A couple of months ago I heard him say ‘why should I be worried about this little kid from New Zealand’?

Whoever wins in March is certain to th​​en face undefeated American Deontay Wilder, who holds the fourth belt in the heavyweight division.

​​No boxer has held all four heavyweight belts simultaneously.