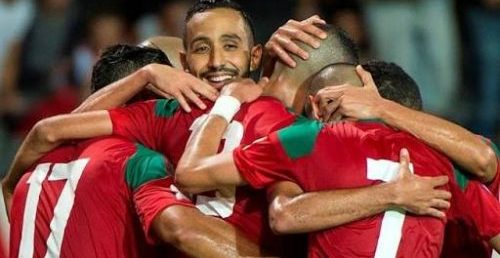 The home-based Super Eagles of Nigeria could not successfully write their name in the history books as they failed to beat Morocco in the final of the 2018 African Nations Championship.

In the game played at Casablanca Stadium on Sunday, the hosts defeated a 10-man Nigerian side 4-0 to lift the title for the very first time since its inception.

Morocco dominated the game with good number of chances created in both halves, and goalkeeper Dele Ajiboye was able to stop some of the shots.

But midway into the first half, they had a goal cancelled when a corner curved in from outside the goalline before the ball was headed into the net.

Just before the end of the first 45 minutes, Zakaria Hadraf finished off Jibira’s square pass to put the Moroccans ahead.

Nigeria were reduced to ten men less than three minutes into the second half when Peter Eneji Moses clumsy challenge and got his second yellow card.

Morocco then took charge of the game as Walid El Karti doubled their lead on 61 minutes.

Hadraf got his second of the night on 64 minutes before Ayoub El Kaabi netted the fourth for Morocco – his 9th in the competition – on 73 minutes.

The hosts held on and put in fine performances afterwards to win the title they also hosted.

With the victory, Morocco have proven to be on top of local football in Africa, as they are also the current holders of the CAF Champions League.