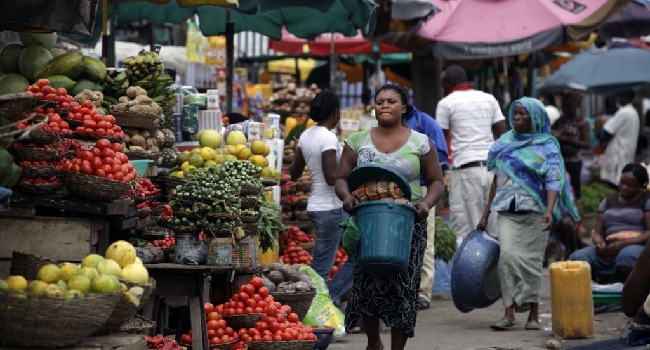 It is less than 24 hours to a new year and goodbye to 2022 cannot end fast enough for many Nigerians, as it was a year to forget with many downs and little cheer for Nigerians.

The World Bank in its recent report revealed that no fewer than five million Nigerians were dragged into poverty in 2022 alone.

This follows the seven million which was added a year earlier.

Experts in fact believe the estimate of a poverty rate increase is a little modest given the harsh economic situations Nigerians had to deal with from the start of the year till December.

According to data from the National Bureau of Statistics (NBS), the rate at which prices of goods and services in 2022 rose 10 straight months to a new 17-year high of 21.47 percent in November from 15.60 percent in January, was alarming.

It is expected that the figure will get worst when December 2022 report is released.

This means that the value of what an average Nigerian earns is back to the N18,000 minimum wage.

Here are some of the seven things that made life unbearable for Nigerians in 2022:

The price of diesel, a major source of energy for industries due to the creaking national grid, surged by 181 percent from about N288 per litre in January to over N809 in November, according to NBS data.

The spike in diesel prices affected businesses in terms of operations and sales, especially for manufacturers.

The manufacturers were forced to increase prices for their products to ensure they achieved a profit margins.

For instance, the price of sachet water that started the year at N10 is currently at N20. Similarly a bottle of soft drink increased to N150.

Food inflation accelerated at 24.13 percent according to November 2022 inflation report.

While this looks like just a number, a market survey presents reality as almost all food staples for Nigerians have increased in prices.

A recent RipplesMetrics report revealed that preparing a pot of jollof rice will now cost families 24% more than it did during the same period a year ago.

Three times in 2022, for different reasons Nigerians had to queue for hours to buy petrol.

First, in the early months of the year, it was adulterated fuel, later it was lack of petrol stock, and the flood among several excuses.

This was despite NNPC’s assurance that it had enough in stock to meet the needs of Nigerians.

Once again, Nigerians will be ending a year paying more for petrol than the official pump price.

NBS in its latest price watch report revealed that the average price of petrol increased to between N230-N250 per litre from N170.

What a year for Naira, as it recorded different levels of lows within the year. From an official rate of N381, the naira is currently exchanging above N460.

It was even worse at the black market during the course of the year as it fell to a low of above 800 and is currently exchanging at N750 to a dollar.

The situation has been worsened by the steady depletion of the country’s foreign currency reserves as CBN announced that it had not been getting receiving oil dollar remittances from the NNPC.

The country’s Monetary Policy Rate (MPR), otherwise known as the benchmark interest rate, was raised four times in 2022 in a bid to rein in the surging inflation rate.

All these changes have made the cost of servicing loans for Nigerian businesses even more expensive.

Towards the end of the third quarter, the country witnessed the worst flood incidents in a decade as 70,566 hectares of farmland were destroyed, 45,249 houses were damaged and over 1.4 million Nigerians displaced.

Olam one of Nigeria’s biggest producers of rice reported that it lost a very large percentage of its farmlands and crops, warning that there will be an increase in the price of rice.

In fact, it was reported that in some parts of Delta State a bag of foreign rice was selling at N52,000 far more than the N30,000 minimum wage of an average worker.

Many farmers were forced to abandon their homes and farms to internally displaced camps.

These insecurity issues played a significant role in the failure of the CBN anchors borrowers program aimed at making Nigeria self-sufficient as many farmers were unable to repay their loans. And in some parts of the country, many could not go to their farms for fear of being killed or kidnapped.

NGX: Gains in Caverton, Airtel, others push up market cap to N27.9tr