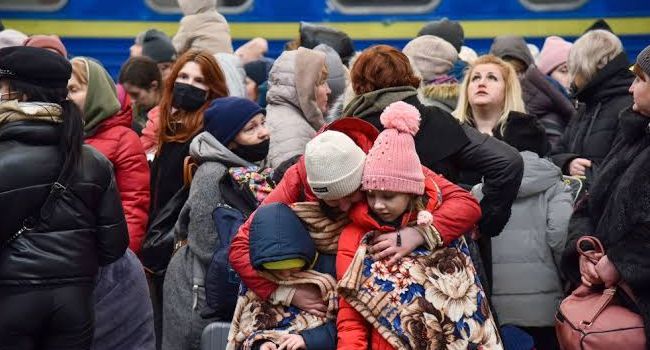 A United Nations High Commission for Refugees (UNHCR) report on Tuesday said nearly 3.9 million refugees have so far fled Ukraine since the invasion of the country by Russia on February 24.

As the invasion enters day 34, the UN Refugee Agency said the figures will continue to grow as Russia intensifies its attacks and the bombing of civilian enclaves.

It added that of the figure, 2.2 million fled into neighbouring Poland, while more than half a million have made it to Romania and nearly 300,000 have gone to Russia.

“In total, more than 10 million people which is over a quarter of the population in regions under government control before the February 24 invasion, are now thought to have fled their homes, including nearly 6.5 million who are internally displaced,” it said.

Also in a report by the UN Children’s agency, UNICEF, around 4.3 million children, more than half of Ukraine’s estimated 7.5 million child population, had been forced to leave their homes.

UNICEF said about 1.5 million the number of those children have become refugees, while another 2.5 million are displaced inside their war-ravaged country.

“The number leaving daily has fallen well below 100,000 per day, and even 50,000 in recent days, even as living conditions in Ukraine worsen.