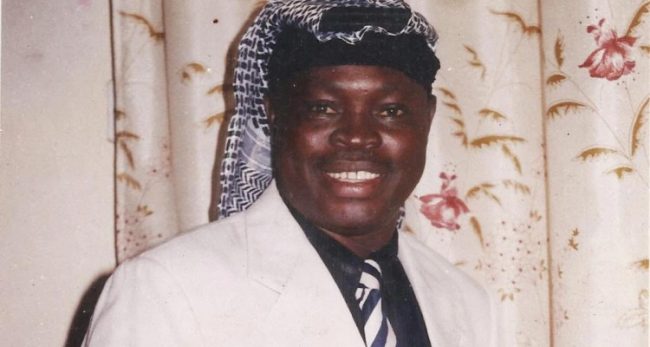 Muslim Rights Concern (MURIC) is still insisting that the nine children recently kidnapped in Kano State were abducted for Christ.

RIPPLES NIGERIA had reported days ago that MURIC had described the abduction of the nine Muslim children in Kano and their alleged conversion to Christianity as kidnapping for Christ.

In a similar vein, MURIC on Sunday issued a statement signed by its director, Professor Ishaq Akintola, where it maintained its earlier position on the matter and also stated further that Northern chapter of the Christian Association of Nigeria (CAN), should put its house in order.

The statement by MURIC reads, “There is incontrovertible evidence that Muslim children have been kidnapped, converted to Christianity and sold into slavery. It is not the Kano 9 alone.

“There are others. There is also indubitable evidence to prove that it did not start yesterday. What is Northern CAN trying to tell us? They are chasing shadows.

“In our statement last Monday, we separated good Christians from bad ones. We also made it clear that we have both the good and the bad among Muslims too. Here are our exact words: ‘We are aware that not all Christians are involved in this criminal behavior.

“Many adherents of Christianity are decent and peace-loving. Such Christians will never descend so low as to seize, convert and sell Muslim children.

“Instead of joining hands with us to condemn the bad ones among us, Northern CAN is seeking to silence us. That is a tall dream. We advise Northern CAN to put its house in order and stop blaming MURIC.

“Afterall, we did not mention anything about kidnapping for Christ until the issue of Kano 9 occurred and the revelation has exposed other similar cases.

“We advise Northern CAN to launch a campaign of love and harmony in the churches. There is an urgent need to deradicalise Christian elements particularly in the Middle Belt region where Muslims are being killed and dumped inside mysterious ponds and narrow wells.

“The same advocacy should be taken to South Eastern Nigeria from where syndicates sponsor sleeper cells to Northern Nigeria to abduct, convert and sell Muslim children into slavery.

“Enough of denials and sentimentalities. Northern CAN should stop defending the indefensible. Its current body language is not remorseful. Your fellow Christians kidnapped Muslim children and converted them to Christianity.

“The Muslims complain but instead of consoling them and checking your members you are firing at the victims from all cylinders. We know you very well. This has always been your style. You never own up.

“We warn that Northern CAN should not drag Nigerian Christians into a controversy that involves only those who are in the dirty business of kidnapping Muslim children for conversion to Christianity.

“We hold Jesus (peace be upon him) in very high esteem and our statement was not intended to malign him. No true Muslim will do that.

“Extremist Christians can kidnap Muslims for Christ. That does not mean that Christ is involved. In fact Christ did not send them. They are only being more Christian than Christ himself.

“Jesus never taught men to be wicked. He taught love, kindness and righteousness. It is highly mischievous of Northern CAN to attempt to whip up sentiments over mere semantics.

“We find it difficult to believe CAN’s words, ‘No Christian has associated Muslims with such criminal acts. We only cry for our own who are victims’. Really?

“This is a false claim and Nigerians know better. What of all the allegations against us in the early days of Boko Haram attacks on churches?

“On a last note, we invite Northern CAN to put its house in order and join hands with the authorities in fishing out remaining sleeper cells for the kidnapping and conversion of Muslim children to Christianity.

“We can all coexist peacefully but we must first eschew parochialism and address issues objectively. We can change this atmosphere of mutual suspicion if only we can be sincere with ourselves.”