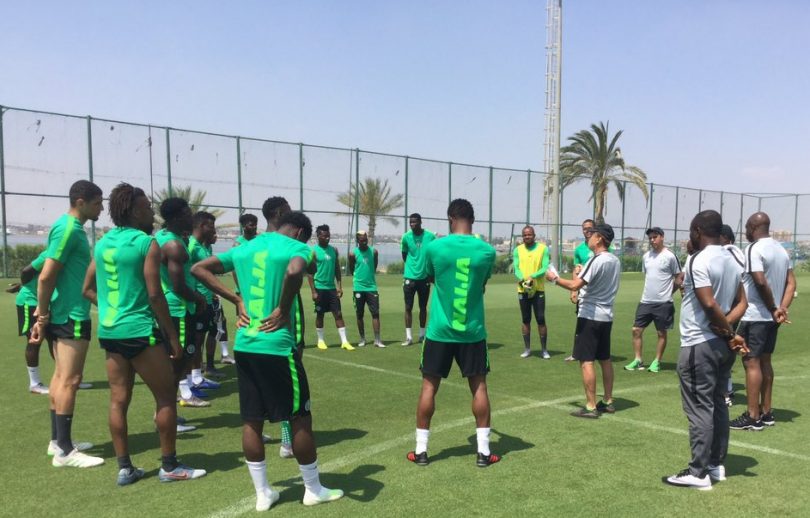 President of the Nigeria Football Federation (NFF), Amaju Pinnick has warned the Super Eagles to take seriously every game they play at the Africa Cup of Nations (AFCON).

The Eagles, who are set to begin their campaign this weekend, have been drawn in Group B alongside newbies Burundi and Madagascar, and Guinea.

Pinnick is serving as the President of the competition in Egypt, but took some time out to visit the Nigerian team in Alexandria, where he tasked them to bring the trophy home.

“Do not take any team for granted. Easy groups exist only on paper; things are different on the pitch,” Pinnick was quoted by NFF.com.

“The NFF will ensure you get all that is due to you. This is a very important tournament and Nigerians are fully behind you. You should do your very best not to disappoint them.

“The NFF is happy about the situation in camp; the commitment, discipline and dedication of each and everyone of you. You have all the quality of a champion team and everything about you is positive.”

The Eagles arrived Alexandria on Monday, and had their first training session at the Arab Academy for Science, Technlogy and Maritime Transport in the port city on Tuesday.

Gernot Rohr’s men will start their campaign against the Swallows of Burundi on Saturday June 22 by 5p.m Nigeria time.

They will later clash with the Syli Nationale of Guinea on June 26 before confronting the Barea of Madagascar in their last group game on June 30.