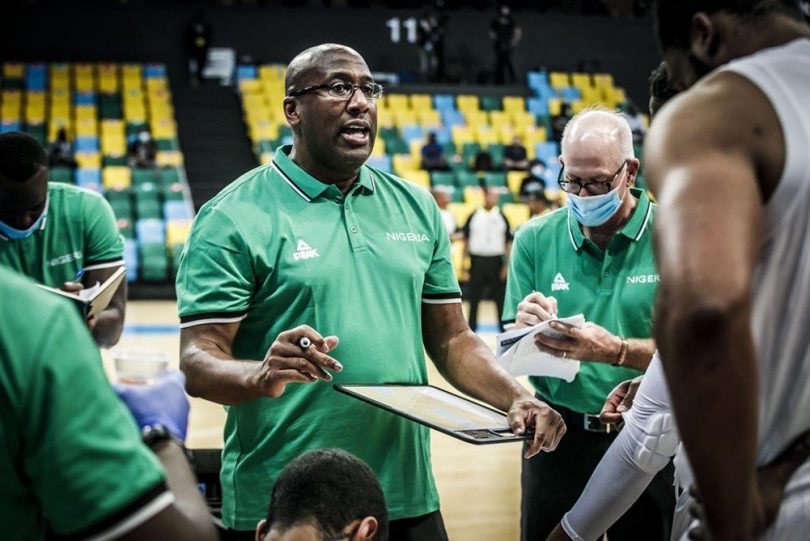 Many African basketball teams have what it takes to compete alongside the best in the world, so said D’Tigers head coach, Mike Brown.

The coach, who had just taken over the Nigerian national team, is of the opinion that if the right things are put in place by African basketball federations, teams from the continent can compete favourably globally.

Mike Brown led the D’Tigers through the just-concluded window of the 2021 Afrobasket qualifiers in Rwanda, where they won all three games.

Teams have now commenced preparations for the third window of the qualifiers billed to hold between February 19 and 21, 2021 as announced by FIBA on Monday.

And Brown, speaking to the Nigeria Basketball Federation (NBBF) media following his first assignment in Africa, spoke good of what he experienced at the qualifiers.

“The game of basketball in Africa is unique from the standpoint that every team you look at possesses the athleticism necessary for the game,” said Mike Brown.

“Physically, they are there and we have a lot of physically gifted players. When you put all together and try to bring out maximum potential from each of these African teams, it is something that everybody is striving for.”

With many teams struggling to break into the top 30 in the global ranking except for Nigeria currently ranked 23rd and first in Africa, Brown said many national federations only need to invest in quality coaches and put the right structure in place.

“Now, we just have to get a little bit organized, get more coaching, a little more structure and we can compete with the best around the world. Once that is done, I think basketball in Africa is going to improve tremendously”.

D’Tigers’ sealed a perfect result with wins against South Sudan, Rwanda and Mali, and topping group B. The team will hope to maintain its unbeaten run on the continent when the qualifiers resume in February.