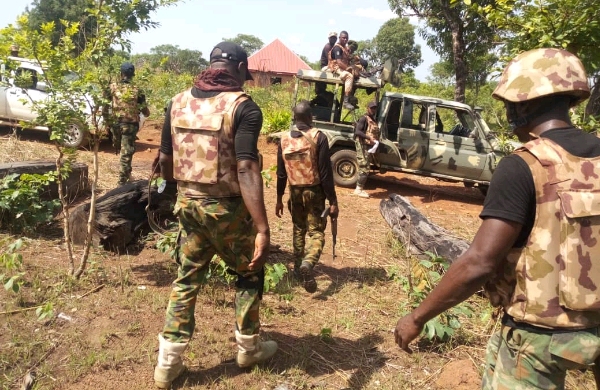 The Nigerian Air Force has disclosed that its troops in Borno State on Wednesday, killed many Boko Haram terrorists after destroying their vehicles and workshops in Sambisa Forest.

” The Air Task Force (ATF) of Operation Lafiya Dole has destroyed some vehicles and neutralized some Boko Haram Terrorists (BHTs) at a suspected vehicle workshop in Sambisa Forest, Borno State.

“The operation was conducted yesterday, 24 April 2019, after a Nigerian Air Force (NAF) Intelligence Surveillance and Reconnaissance (ISR) platform on a routine mission observed significant activities as well as some serviceable vehicles hidden under some trees at a previously abandoned BHT vehicle workshop.

“Accordingly, the ATF scrambled an Alpha Jet to attack the location.

“Overhead the target area, some of the BHT fighters were seen attempting to flee the location but were taken out by the Alpha Jet’s successful strikes, which also caused the destruction of 2 vehicles and other equipment at the workshop.

“The NAF, operating in concert with surface forces, will sustain its operations to completely degrade the terrorists in the Northeast.”