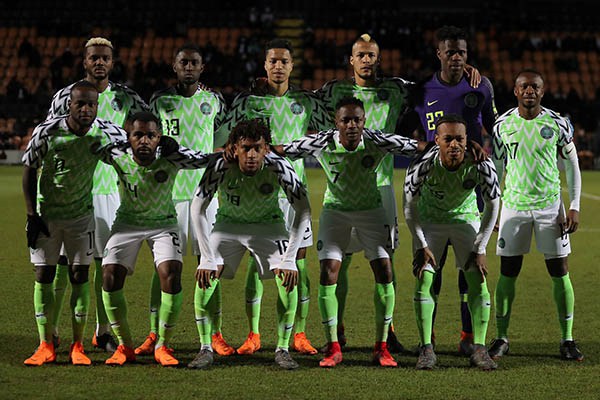 Injured Moses Simon of Gent, Standard Liege midfielder Uche Agbo and Lokomotiv Plovdiv defender Stephen Eze are the other three players that will be missing when the Super Eagles kick off their campaign in Russia next month.

Simon will however travel with the team to London to undergo another medical examination after sustaining a thigh injury in training last week.

NPFL top scorer Lokosa made his international debut for the Eagles in Monday’s friendly against DR Congo. Eze wasn’t fielded even though he was named as a substitute.

Eze took to Twitter on Wednesday to tweet: “Sadly, my journey to #WorldCup ends here. I am disappointed to not make the final squad, but I want to thank our coach & management for the opportunity!

“I wish my team the best & hope to join in celebrations when they bring the trophy home! GO #NIGERIA 🇳🇬⚽️! #DefendLikeEze.”

Two more players will later be dropped as 23 players are to make the final squad. The coach will make public his final list after Saturday’s international friendly with the Three Lions of England.

The Eagles will play England at Wembley Stadium before travelling to Austria for their final warm-up game against Czech Republic four days after.

Nigeria have been drawn in World Cup Group D alongside Croatia, Iceland and Argentina.