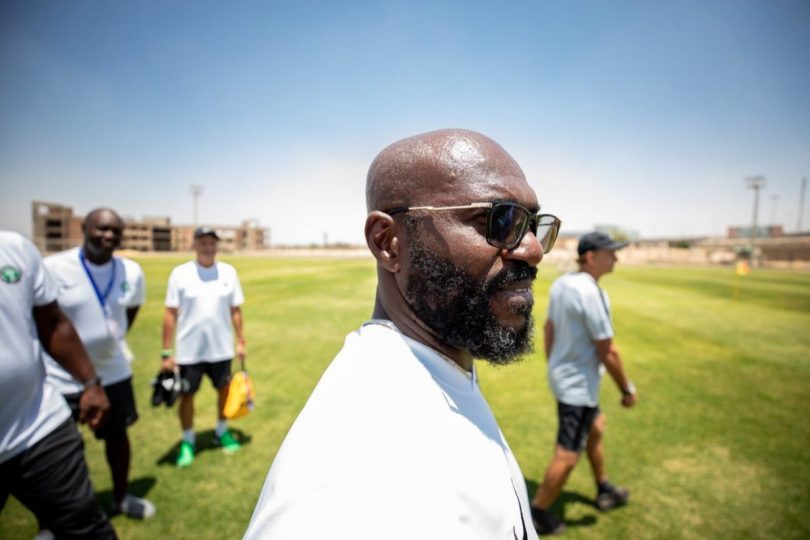 The 50-year-old gaffer has been appointed a head coach of Nigeria Professional Football League (NPFL) side, Abia Warriors.

The Umuahia club confirmed Amapakabo’s appointment via their Twitter handle on Thursday.

“Abia Warriors and Coach Imama Amapakabo agree terms as new head coach ahead of the new season,” the club tweeted.

Amapakabo, who was criticized heavily by fans after he failed to qualify Nigeria for the 2020 African Nations Championship (CHAN), was laid off early this year as Joseph Yobo took his place.

It was at Rangers that Amapakabo had his finest moment as a coach, after guiding the Enugu-based club to win the 2016 NPFL title, their first championship since 1982.

During his playing days, Amakapabo was a reserved goalkeeper of the Golden Eaglets squad that won the maiden edition of the FIFA U-16 World Cup in China in 1985.