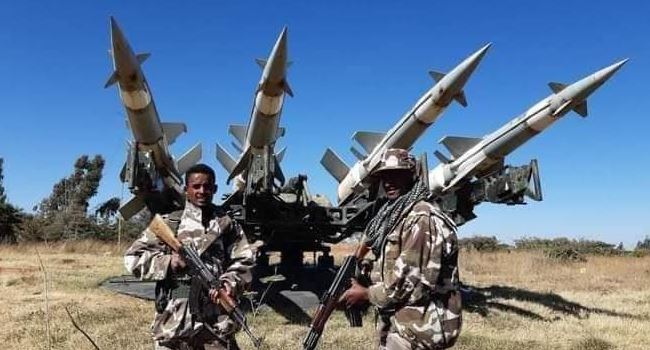 A report by AI on Thursday, details the horrific attacks alleged to have taken place in Nifas Mewcha, located in northern Ethiopia’s Amhara region.

In the report where 16 women were interviewed, the London-based rights group detailed a pattern of gang rape, robbery, physical and verbal assault.

The report also said fighters with the Tigrayan People’s Liberation Front (TPLF) looted and destroyed medical facilities in the town, while women and young girls were raped in brutal attacks, some in the presence of their children.

“The testimonies we heard from survivors describe despicable acts by TPLF fighters that amount to war crimes, and potentially crimes against humanity.

“Survivors told Amnesty that the attacks began soon after the TPLF took control of the town on August 12. Local and federal officials say between 71 and 73 women were raped.

“A mother of three in her 30’s said the fighters who came to her home to attack her accused her of being married to authorities and she said she was raped in the presence of her children.

“He had bombs, a knife, a Kalashnikov and he said if I moved, he would cut my legs and then he raped me.

“No one came to help. There was no one coming and it was dead silence,” she said.

A mother in her 50’s who lives in Nefas Mewcha said a fighter entered her home armed and threatening violence. He also raped and robbed her at gun point while her terrified children were forced to watch.

“There were three or four of them. And then when they came in, one of my children started crying and one of the fighters said ‘I will hit you. I will kill you.’

“Three to four men raped me at gunpoint,” she added, saying that the fighters hurt her 8-year-old child, adding that her neighbor, a mother of two children, who came in to help after hearing screams, was also raped by the men.

However, TPLF leadership has rejected the report.

In a statement denouncing the report, TPFL spokesperson, Getachew Reda, said it was “aimed at establishing impartiality by apportioning guilt” between fighters on both sides of the conflict.

US journalist jailed 11 years in Myanmar