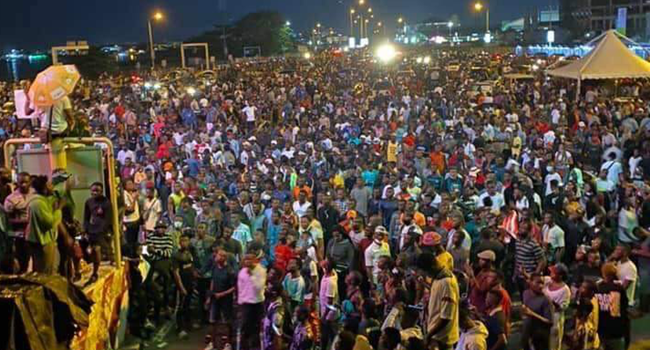 Rights group, Amnesty International has reacted to alleged attacks on peaceful #EndSars demonstrators in Lagos State by supposedly sponsored thugs which was captured on social media.

AI in a tweet on Thursday stated that; “Sponsored armed thugs have so far unleashed violence on peaceful protesters in; Abuja; Alausa in Lagos; and in Kano”

It also claimed that; “From Kano, we are just receiving disturbing reports of armed thugs violently attacking people protesting insecurity #EndInsecurityNow. Many were severely injured.”

The statement by AI added in part; “Since yesterday, protesters un Lagos and Abuja have faced vicious attacks from hoodlums who were usually conveyed in buses.

“There were reports of severe injuries during these attacks. The attacks usually occur in the presence of the policemen and other security agencies who are detailed to monitor the protest, yet failed to intervene to stop the attacks.

“We demand that the authorities protect protesters from such attacks. Protest is a human right,” it concluded.

Related Topics:#EndSARSAmnesty International
Up Next