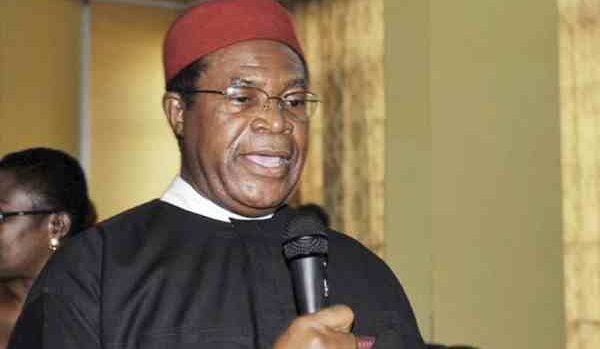 One time Chairman of the Peoples Democratic Party (PDP) and former Enugu State Governor, Okwesilieze Nwodo, says any party that fields an Igbo candidate in the 2023 presidential election would be sure of getting 100% votes from the South-East.

Nwodo who was speaking on Friday in Abuja during the celebration of the appointment of Onyemuche Nnamani into the Police Service Commission to represent the South-East, said the region would lend its support to any party that fields an Igbo person in the 2023 general elections, be it the ruling All Progressives Congress (APC) or the opposition PDP.

Nwodo who lamented the fact that the South-East have not enjoyed the dividends of democracy following one-sided appointments in the past, stressed that 2023 would be a game changer for the people of the zone, as they would be very careful in supporting a candidate.

He further appealed to Igbo politicians who are in the “corridors of power” to look within and appoint people from the zone to enable them have a sense of belonging and to give Igbos a voice in the scheme of things.

“I think we have gotten to a point in Nigeria where any Igbo person who does not defend Igbo interest now needs to be looked at again,” Nwodo began.

“I join you in appealing to our brothers in APC to help. In fact, we have gotten to a point now that the party is no longer important.

“Our party now is Igbo party. So, please, if anybody has an opportunity in appointment, he or she should not forget Igbo land. We will celebrate him the way we are celebrating our own today,” he said.