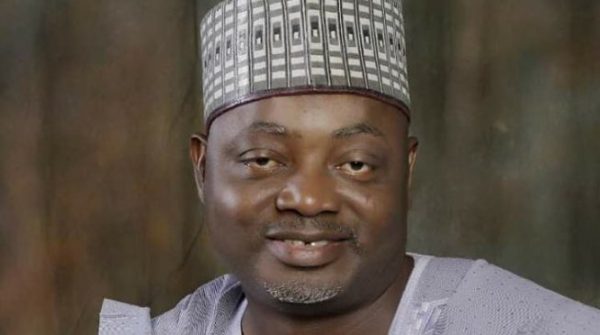 The crisis rocking the ruling All Progressives Congress, APC, is far from over as the National Vice Cairman (North-West) of the party, Inuwa Abdulkadir, is demanding the sum of N500 million from Malam Lanre Issa-Onilu, the National Publicity Secretary of the party for defamation.

Abdulkadir, who has earlier dragged the party before a Sokoto State High Court, is also demanding for a retraction of defamatory publications and a public apology within seven days or face legal action.

The APC chieftain made the demands in a letter written by Inuwa Abdulkadir and Co (Solicitors, Advocates and Culsultants) to Issa-Olu, saying except remedial actions are taken by him within seven days, he should be ready to face him in court.

According to Abdulkadir, his reputation was brought to public ridicule by the APC spokesman in an interview published in print and online media.

The letter read in part: “My attention has been drawn by several persons to statements credited to you in the course of making a rejoinder to a personal letter written by the Deputy National Chairman (North), Senator Lawal Shuiabu, to the National Chairman of the APC (hereinafter referred to simply as the party), Adams Oshiomhole.

“In the said rejoinder, as published by various newspapers and other social media, you were credited with making the following statements concerning Chief John Odigie-Oyegun, former national chairman of the party and the entire members of the NWC of the party that served with him.

“The Adams Oshiomhole-led APC yesterday said the party lost some states to the Peoples Democratic Party due to indiscipline and inaction of the NWC under Chief John Odigie-Oyegun.

‘The APC National Publicity Secretary, Mallam Lanre Issa-Onilu, in an interview with journalists, said the former NWC led by Chief John Odigie-Oyegun lacked the courage to confront the political despots who could not operate by the party’s rules.”

Abdulkadir, who said he was honoured to have served with Odigie-Oyegun in the NWC, insisted that the statement and others like it disparaged their individual and collective reputations in the eyes of the right-thinking members of the society.

Continuing, he said that by virtue of the fact that he held a traditional title in the Sokoto Emirate Council and had, at various times, held public offices, which included minister for youths and sports of the Federal Republic of Nigeria, attorney-general and commissioner for justice in Sokoto State, Issa-Onilu’s statement was defamatory.