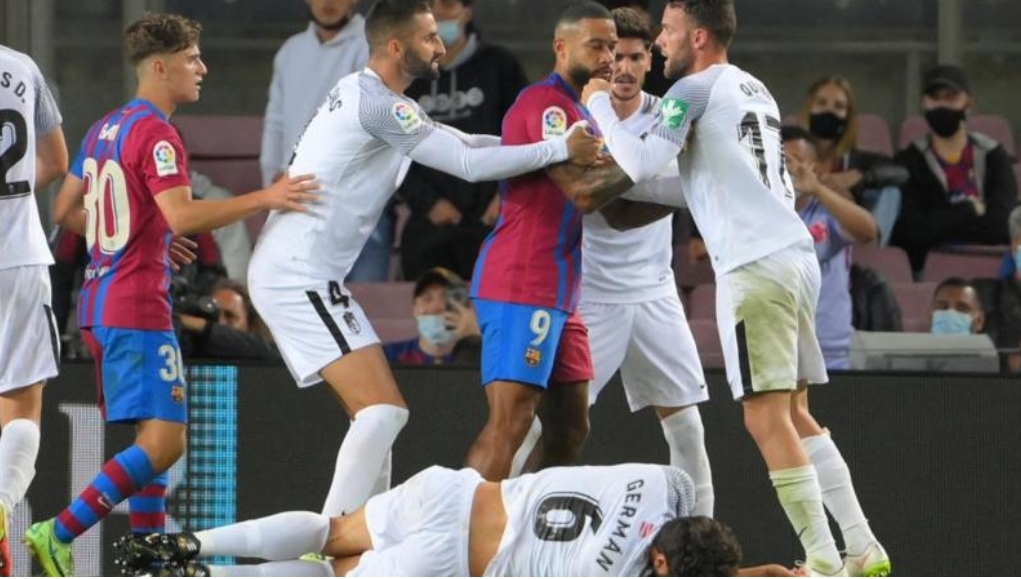 Ronald Araujo was the saviour of Barcelona on Monday night after his last-minute header saved them from defeat against Granada in La Liga.

The game played in Camp Nou saw the host trailing right from the second minute but successfully secured a point from the game after the late equaliser.

It was Domingos Duarte who opened the scoring for Granada, who are yet to win a game in the league this season. And the late equaliser denied them a great opportunity.

Barca have been having a poor run lately, that is, since the departure of former talisman Lionel Messi, who now plies his trade at Paris Saint-Germain.

The Ronald Koeman side have now secured just eight points from their opening four La Liga games and were thrashed 3-0 at home in the Champions League by Bayern Munich.

The Catalan club are on seventh spot in the table, and will travel to Cadiz on Thursday for their matchday 5 fixture in the Spanish topflight.

Related Topics:barcelonaGranadaRonald Araujo
Up Next

Onuachu extends contract with Genk, to remain at club till 2024