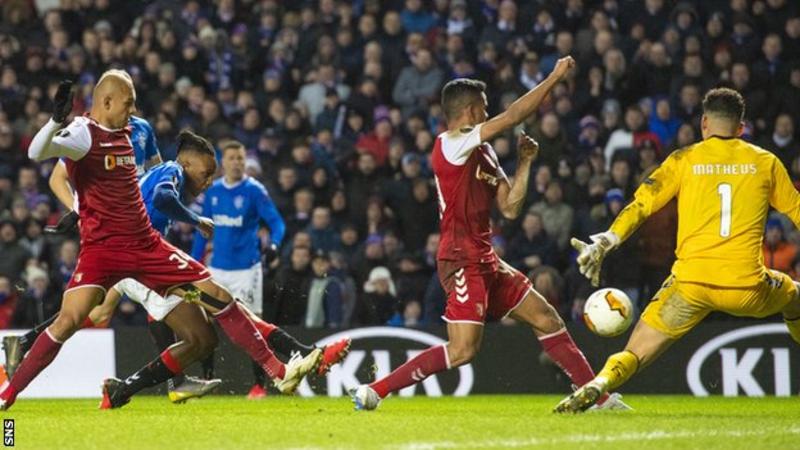 Super Eagles star, Joe Aribo was on target for Rangers in their 3-2 comeback victory over Sporting Braga in the Europa League last-32 first leg.

The Scottish League side were trailing 2-0 at the hour mark, but came from behind to beat their Portuguese visitors.

Fransergio and Abel Ruiz scored in the 11th and 59th minutes respectively to put Braga in commanding lead away from home.

But Rangers put up a good fight afterward as they halved the deficit through Ianis Hagi in the 67th minute before Aribo’s solo effort leveled both sides.

Hagi bagged the winner for Rangers in the 75th minute, as wild jubilation erupted at the Ibrox.

In other Europa League games played concurrently, English Premier League side Arsenal defeated their hosts Olympiakos 1-0, thanks to an Alexander Lacazette winner.

Also on Thursday, Celtic drew 1-1 with Copenhagen, Benfica were defeated 2-1 at Shakhtar, Basel won 3-0 away from home while Sporting won 3-1 at home.

Nigerian winger, Victor Moses was in action for Inter Milan in their 2-0 victory over Ludogorets.