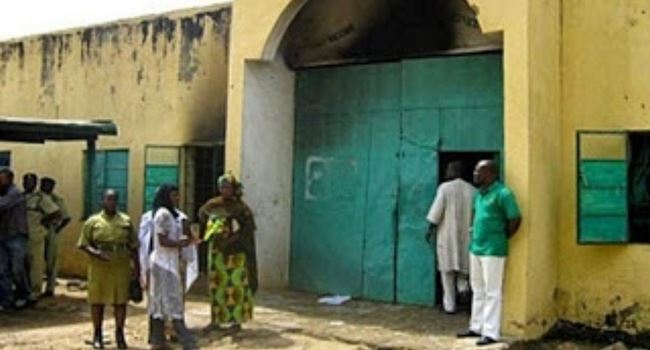 Another jailbreak was averted on Thursday as policemen and soldiers raced to the Ikoyi Correctional Centre in a bid to counter an attempted jailbreak.

A video already making rounds on social media shows smoke billowing from parts of the centre of the prison while inmates are seen running.

Authorities at the prison were said to have immediately notified the police and the military authorities for backup.

According to an eyewitness, who pleaded to remain anonymous, he could see the inmates from his balcony.

“I can see them from my balcony at the moment. Soldiers and policemen have arrived. I saw prisoners throwing stones and I saw fire.

Confirming the development, the Police Public Relations Officer, Lagos State, Mr. Muyiwa Adejobi, said the cause of the fire could not yet be ascertained but policemen had been deployed in the prisons.

“We don’t know the cause of the fire but we are there on the ground. We have mobilised to the place. We will give details later”, Adejobi said.