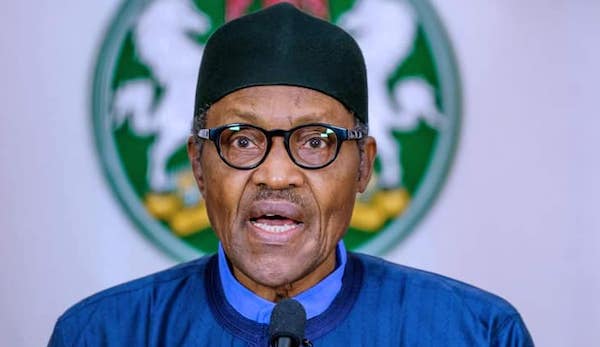 President Muhammadu Buhari cut a pitiable sight on July 16, as he issued a stern warning to his appointees over their alleged disrespect for some institutions of state. And, this was after he had a meeting with the Senate President, Ahmad Lawan and the Speaker, House of Representatives, Femi Gbajabiamila, at the State House.

The President’s Senior Special Adviser on Media and Publicity, Garba Shehu, quoted Buhari as saying, “Ministers and all heads of departments and agencies should at all times conduct themselves in ways that will not undermine the National Assembly as an institution, its leadership and members.”

The President’s warning was expected. It would have amounted to an endorsement of lawlessness if he kept mum in the face of reports of unruly behaviour by some of his appointees.

On July 16, the Acting-Managing Director of the Interim Management Committee (IMC) of the Niger Delta Development Commission (NDDC), Prof. Kemebradikumo Pondei, and his officials walked out of the venue of an investigative hearing organised by the House of Representatives to unearth alleged rot in the agency.

The Minister of State, Labour and Employment, Festus Keyamo, on June 30, acted in similar manner, walking out on a National Assembly Committee on Labour.

And on July 16, the Minister of Labour and Employment, Chris Ngige, for the fifth time, reportedly disregarded the invitation of the House of Representatives’ Committee on Diaspora.

The President, rather than belch warnings, must set the needed tone for his appointees to follow. The impression of being too insular and cocooned in the State House without demonstrating the needed leadership is one that is too strong to ignore.

Where the President fails to rein in appointees, the conclusions to be drawn would be that he is not in charge. Certainly, this cannot be what Buhari desires.

Therefore, the disrespect for institutions of state by the President’s men needs to stop. And, Buhari must lead.

A statement from the President’s Senior Special Adviser on Media and Publicity, Garba Shehu, noted that: “The president…directed timely sharing of information and knowledge in a way to speedily assist the administration to diagnose what had gone wrong in the past and what needs to be done to make corrections in order to return the NDDC to its original mandate of making life better for people in Niger Delta.”

That the ongoing NDDC probe is arguably the most talked about issue in the country today is not debatable. And, so the President’s deep interest in the matter is understandable.

It is safe to insinuate that there have been deliberate attempts to frustrate the probe.

On July 16, the immediate past acting Managing Director of the NDDC, Joy Nunieh, was prevented from leaving her house in Port Harcourt for Abuja to appear before House of Reps Committee hearing the probe by men of the Nigeria Police.

It took the ‘rascality’ of Rivers State governor, Nyesom Wike, to rescue her from a supposed house arrest.

The NDDC probe has, indeed, become a centre of theatrical display. With fingers pointing at so many directions, it would be fool hardy to think that anything positive would come out of an investigation in which the agency’s management is designed supervise its own probe.

In the face of utter chaos, the President may do well to engage the services of an independent, international investigative firm to conduct a thorough forensic audit of the NDDC.

He must intervene before NDDC completely goes to the dogs.

In a bid to check the nagging security challenge in the North-west geopolitical zone, Buhari, on July 16, despatched top security chiefs to interface with stakeholders in Zamfara State.

The Inspector-General of Police (IGP), Muhammad Adamu, accompanied by other top security officials, made this public when they paid a courtesy visit on the Emir of Gusau, Alhaji Ibrahim Bello.

Adamu said: “Mr President gave us a matching order to stop the current insecurity in this region.
“We need to strategize our efforts in addressing banditry, kidnapping and other forms of crimes in this zone. existing within the communities.”

A recurring concern is the worn out reference to ‘matching orders.’ Does the President need to repeat himself on what clearly are already defined tasks?

For as long as ‘matching orders’ remain a sing song, so will Nigerians adopt a cynical disposition on the matter of Buhari being able to protect lives and properties.

Will the President lead his administration to defeat insecurity in the North-west and other parts of the country? Can the IGP and his team root out the bandits ravaging different communities in the region?

Only time will tell but Adamu and other security chiefs have one more chance to justify why the President has continually declined, with a wave of hand, calls to sack them.