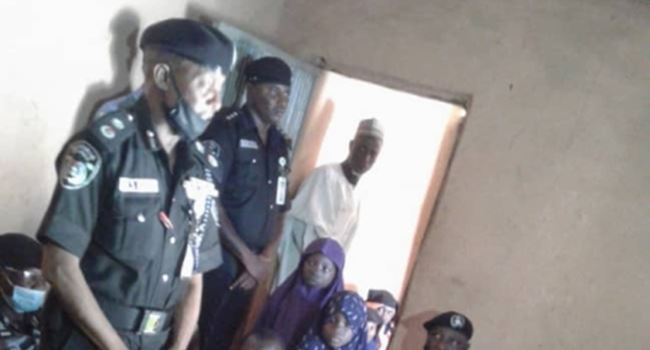 The attack on police officers at Gidan Madi Police Division in Tangaza Local Government area of Sokoto State by bandits will not be left unaddressed, so says the Assistant Inspector-General of Police (AIG) in charge of Zone 10, Mr Muhammad Mustapha.

Mustapha made the vow on Monday in reaction to the murder of Divisional Police Officer (DPO), Aliyu Abubakar, in Sokoto and another officer, Insp. Muhammad Abdullahi, attached to the division in Tangaza council area, who were both shot dead last Thursday by suspected bandits during a gun battle.

Th AIG who is in charge of Sokoto, Kebbi and Zamfara states, who led a delegation of police top brass to condole with the family of the deceased police officer (Aliyu Abubakar) commiserated with the family and, in a statement issued by the Police Command Spokesman in the state, ASP Muhammad Sadiq, urged them to be strong.

“The deceased was a seasoned police officer who was truly professional. The impact of the loss is felt by the force and it shall not be left unaddressed,” Mustapha said.

Also speaking, the Commissioner of Police in Sokoto State, Mr Ibrahim Kaoje, expressed regret over the killing of the officers, describing it as unfortunate.

He reiterated the command’s avowed commitment to bringing perpetrators of the dastardly act to book.

“On behalf of the command, I regret the unfortunate demise of our officers.

“The deceased were very gallant, hard-working and vibrant officers who dutifully and meritoriously served the force,” Kaoje said.