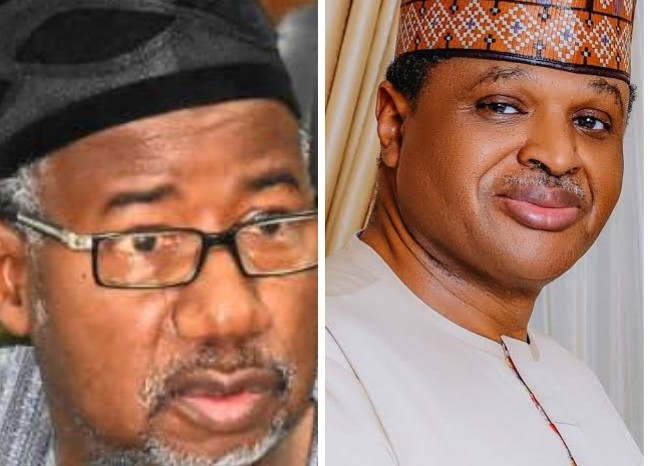 The Bauchi State government and the gubernatorial candidate of the All Progressives Congress (APC) in the state, Saddique Baba, are at loggerheads over alleged plans to recruit political thugs for the 2023 elections.

Following a story by an online platform (not Ripples Nigeria) titled “Ex-Chief of Staff Sadique, ruling APC recruit ‘1000’ militants, political thugs’ ahead of Bauchi governorship election”, the state government, had requested President Muhammadu Buhari to investigate the APC candidate over the alleged plan.

Special Adviser on Media and Publicity to the state’s governor, Mukhtar Gidado, in a statement, said: “It should not be overstated that, the plan to foist an extra-constitutional and quasi-military organ on the state, for the purpose of electoral advantage, can only lead to a total breakdown of law and order, with dire and unfathomable consequences for our dear country in general and Bauchi State, in particular.

“However, against the backdrop of the deteriorating security situation in the country, any responsible government will be alarmed by this disclosure which, if true, portends a grave danger not only for Bauchi State but also the country at large.

“We note, with concern, that the sudden escalation in violent crimes characterized by kidnappings, banditry and other vices, in certain parts of the state, seem to fall in place with the allegations contained in the Sahara Reporters story.

“We shudder to imagine that any responsible and patriotic individual or organisation would, willy-nilly, promote violence against its people, more so when, as alleged, the entities involved actually aspire to lead the state.”

Reacting to the development in a statement issued by the Chairman of his Media and Publicity Committee, Ahmed Barau, the APC gubernatorial candidate described the allegation as untrue and misleading.

He said the publication was to cover the failure of the ruling party in the state, which had resorted to cheap blackmail.

The statement read in part: “To put the records straight, the publication in question, which publishers credited their sources to an unnamed Colonel of the Nigerian Army, said it is in possession of a ‘security signal’ on the said recruitment exercise, without further presenting facts, but only quoted some anonymous ‘politicians’ who obviously funded the publication.

“As law-abiding citizens, we did not hold the meeting in question until we officially sought for and obtained the approval of the Bauchi State Police Commissioner who was represented at the meeting by an Assistant Superintendent of Police.

“While we encourage investigative reporting as an important ingredient of democracy, we urge all journalists to ensure that they discharge their obligations by feeding their audiences with facts and not to allow their platforms to be used for the advancement of someone’s political ambition”.

“The people of Bauchi State are some of the most politically sophisticated people that cannot be fooled by this kind of dirty political undertaking in the name of journalism; they know the crooks who sleep in the same bed with ‘militants and political thugs’ in their political sojourns.

“It is their decimal performance in office that prompted the entry of the retired Air Marshal Sadique Baba Abubakar into the gubernatorial race, and the voters are eager to give them their score carads on the election day. We remain steadfast and committed to our mission on winning the coming election and enthroning good governance. Therefore, no amount of cheap blackmail will not distract us.”