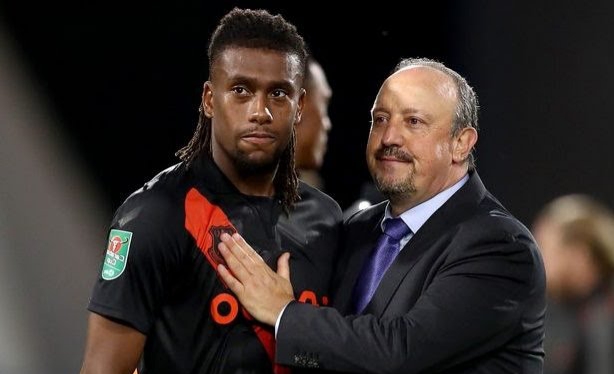 Super Eagles forward, Alex Iwobi has expressed his readiness and willingness to work harder to improve in his contributions at Everton.

Iwobi, who joined the Toffees from Arsenal, has been getting playing time under new manager Rafael Benitez since the start of the season.

The forward has also stated that his manager demands a lot on him but he is ready to put in the work for the betterment of the team.

“He (Benitez) said to me that I’m an attacker and attackers really get noticed for their goals and assists, so he’s been working with me on getting into the box more, trying to get into spaces where I can get an assist or get a goal,”Iwobi told the club’s website.

“As I say, he demands a lot on me – but I’m willing to put the work in to better myself and the team.

“It’s been going really well so far. He’s put a lot of faith and trust in me and, as a player, that’s what you need.

Everton have been great this season, being unbeaten so far in the Premier League and are set to face Aston Villa this weekend.

Iwobi, who is likely to make the starting lineup, says he expects a tough duel against the Dean Smith men, but is confident his side can claim maximum points in the game.

“We know it’s not going to be easy. They’re coming off the back of that defeat to Chelsea, so they’ll no doubt be hungry and fired up for this game, especially with it being at home for them.

“Villa are a strong team. But we’re unbeaten and we’ll take that confidence into the game. Hopefully we can go and get the result,” added Iwobi.

Related Topics:Alex IwobiEvertonRafael Benitez
Up Next