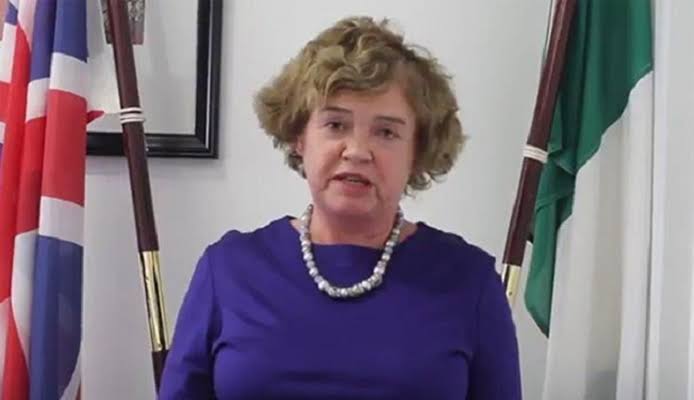 The British High Commissioner in Nigeria, Catriona Laing, has joined her voice in condemning the brutal killing of a female student of the Shehu Shagari College of Education, Sokoto State, Deborah Samuel, who was lynched on Thursday by a mob for allegedly posting an insulting comment against Prophet Muhammad on WhatsApp.

The attack and subsequent murder of Deborah, a 200-level student of Early Childhood Education in the school, which was captured on video, has continued to draw condemnation from Nigerians and prominent people around the world.

Reacting to the killing of Deborah in a tweet on Friday, Laing called on the President Muhammadu Buhari-led government to arrest and bring the perpetrators of the act to justice

“I condemn the murder of Deborah Samuel in Sokoto, and urge the police and relevant authorities to ensure the perpetrators of this horrific act are made to face justice in line with the law,” Liang wrote in a tweet.

I condemn the murder of Deborah Samuel in Sokoto, and urge the police and relevant authorities to ensure the perpetrators of this horrific act are made to face justice in line with the law.