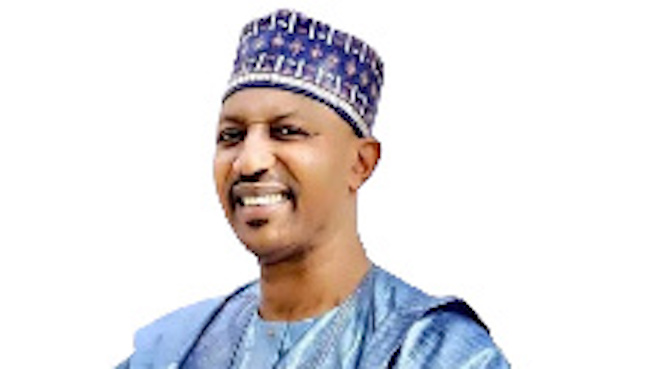 Sha’aban, who is married to President Muhammadu Buhari’s daughter, Hannan, was a former member of the House of Representatives.

He announced his resignation from the APC in a letter dated November 28, 2022, addressed to the party’s Chairman of his Hanwa ward, Sabon Gari Local Government Area of the state

Sha’aban, who later addressed journalists in Kaduna, said he cannot stay in a party that has no respect for the rule of law.

Represented at the briefing by the Director of his Campaign Organisation, Joshua Danladi Ephraim, the governorship aspirant said he decided to leave the ruling party because of impunity and injustice

Sha’aban had in May dragged the APC to court for the alleged omission of his name from the list of aspirants cleared for the primary election in the state.

He was however silent on his next political move.

The letter read: Recent activities and events within the APC in Kaduna State, in particular, have compelled me to reconsider my membership of the APC.

“Despite all our best efforts, admonitions and best intentions, it is disheartening to note that the APC has become more alienated from the masses, and father than foster peace, social cohesion, and integration in Kaduna State as we envisaged and worked for, the APC in Kaduna State is now seen as synonymous with hardship, division and with total disregard for human lives, communal and family values.

“Rather than work to bring the dividends of democracy closer to the masses, some few elements in the APC in Kaduna State have hijacked the party structure and turned it into their personal estate to serve their personal greed and avarice, for the benefit of only their families, friends and cronies.

“They have no regard whatsoever for the feelings, yearnings and sensibilities of even the many members of the Party who supported them, and the general populace of Kaduna State.”

Related Topics:APCBuhari Sha’aban
Up Next

In retaliatory move, Nigerian govt issues travel advisory to its citizens going to UK, US