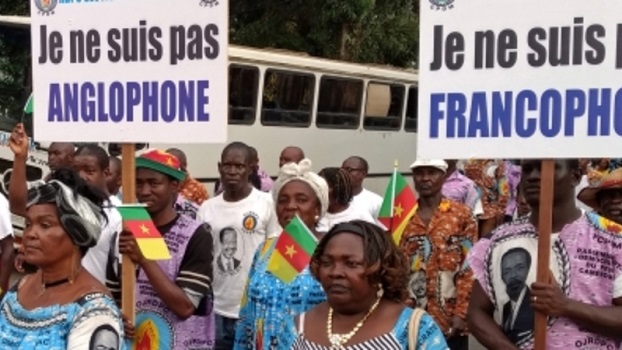 As part of a crackdown on budding Anglophone secessionist movements in the country, a court in Cameroon has slammed seven Anglophone activists, including their leader with 15-year jail terms.

Charged with rebellion and acts of “terrorism”, the convicts including Mancho Bibixy, a radio presenter in the English-speaking Northwest Region, and dozens of fellow activists were initially arrested in January 2017.

The seven convicted were also ordered to pay a joint fine of 268 million CFA francs ($48,000) and must also pay the legal fees.

“The decision is excessive and pointless because it will not resolve the problem” of Cameroon’s Anglophone crisis, said Claude Assira, one of the lawyers representing the accused.

35 arrested as protests continue in France against Macron’s reforms