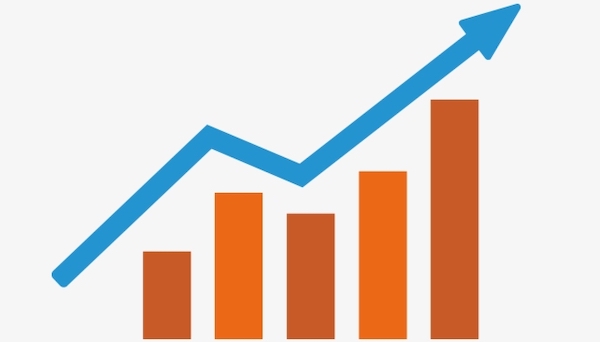 Nigeria’s bourse was greeted by high confidence investors after a weekend break, with the equity capitalisation closing Monday’s market with N22.1 trillion.

This followed a 1.01 percent difference between the market’s total share value of Friday and Monday.

The All- Share Index rose by 427.17 basis points after 7,611 deals were traded among capital market investors who gained N227 billion.

The ASI closed Monday’s market with 42,257.90 as the value of the share prices of all companies on the Nigerian Stock Exchange (NSE) as against the 41,930.73 recorded on Friday.

Ripples analysis revealed that investors’ appetite drove the volume of shares by 7.9 percent to increase to 586.80 million from 543.75 million shares the market closed with on Friday.

This is despite the 1.01 percent hike in the market’s total share value. The value of the deals traded by investors on Monday was N6.02 billion.

According to data obtained from NSE, Seplat led the gainers’ chart in price change, rising by N5 to N495 from N490 at the end of trading today. MRS followed with N13.4 kobo following a gain of N1.1 kobo after opening trade at N12.3 kobo.

Dangote Sugar came next after closing the market with N21.7 kobo, rising from the opening price of N21.25 kobo per share after gaining N0.45 kobo.

Cadbury completed the top five with N9.2 kobo per share, gaining N0.4 kobo to increase from N8.8 kobo it opened with.

Nestle topped the losers’ table after shielding N55 from the N1,505 it opened with to close the market with N1,450 per share. Julius Berger also made the list of losers after its share price dropped to N21 from N22.65. Flour mill lost N1.1 to secure the third spot as it ended trading with N33.6kobo below the N34.7kobo it opened with.

Union Bank of Nigeria drove the markets share volume as investors traded 79.5 million shares, Transcorp 61.7 million shares while UBA was next with 44.3 million.