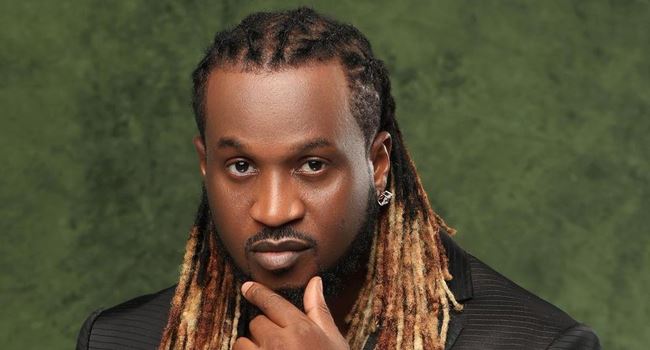 The eligibility of Nigeria’s official submission for the Oscar movie academy awards titled “The Milkmaid”, has been confirmed among other contenders for the 93rd Academy Awards.

Celebrity Gist can confirm that the announcement was made by the Executive Committee for the International Feature Film (IFF) after the movie submission was made by the Nigerian Official Selection Committee (NOSC).

The development we gather is a first-time feat for Nigeria at the Oscars, having disqualified “Lionheart”, the country’s first submission in the year 2019 on the basis of language defect.

While reacting to the official acceptance of the movie written, produced and directed by Desmond Ovbiagele, the Academy, Chairperson of the NOSC, Chineze Anyaene-Abonyi said, “It is heart-warming that the decision of the NOSC has been ratified by the Executive Committee of the IFF”, noting that “the feat underscores our strict adherence to the rules of the biggest film awards scheme in the world.”

One-half of defunct music group, P Square, Paul Okoye aka Rude Boy has revealed that he had planned to exit the group in the year 2007.

He revealed in an interview that his first solo album titled ‘Game Over’ which was released in 2007 was supposed to be his last with the group but he later shelved the idea when those close to him began to express their reservations about his plan at the time.

According to him, the issues that finally led to the split of the group had been around for a long time before he decided to part ways with his twin brother, Peter Okoye aka Mr P.

He said; “Some people think that all these started recently but it has been going on for a long time. I can confidently tell you that my first solo album was supposed to be ‘Game Over’ (released in 2007).

“That title, ‘Game Over’, meant I was done with the group. I recorded the album as a solo artiste and sent it to some people but they were surprised that I was the only one on the album. People said different things and I later shelved my plan.”

Talented rapper, Jude Abaga aka MI (Mr Incredible) has allayed fears expressed by scores of his fans who think he may have dumped music for another lucrative venture.

The rapper said he never at anytime contemplated dumping music because of competition adding that he plans to release at least five more albums before he quits the music scene.

On why he left Chocolate City after spending more than twelve years on the stable, MI said that it was time for him to do so but added that he is still a part of the family.

“I am still on the board (of the company). I am part of Chocolate City and Chocolate City is a part of me and my story. However, it was time for me to go on a new journey and let someone else be in charge,” he said.

Nollywood actress Victoria Iyama has opened up on her encounter with the dreaded COVID-19 disease, and how she contracted it from her child.

In a post on her Instagram page, the actress who revealed that she was still positive as of the time she visited the hospital last week also used the medium to warn people about their health and the need to observe COVID-19 protocols.

Iyama wrote; “I wish people would be serious with their health. It is important to wear a mask, avoid gatherings, wash hands regularly, and avoid hugging or standing closer than two feet.

“One of my kids contracted it in school. And, while l was trying to care for each of them, l got it too. We all tested positive, so l guess they were mentally ready. Our government made the mistake of reopening schools which made this wave of the virus spread so fast from the children to their parents.

“How on earth can a government that claims to be reasonable ‘force’ people to register their mobile phones? That is a process that involves people gathering in large numbers. Because of this, l don’t blame people who doubt the existence of the virus in Nigeria,” she added.

Controversial Nollywood actor, Uche Maduagwu who is known for launching vile slurs at fellow thespian and other popular personalities has come out of his closet after officially declaring his gay status on social media.

The fair-skinned actor who declared his gay status on his Instagram page said that he does not want to be judged, asking his followers to practice what he described as “Jesus kind of love.”

Maduagwu had also tactically prepared the minds of his fans after he released a video on sexual orientation 24 hours before coming out as gay.

“Appreciate others and #share only love we need to respect peoples choices not to judge them so let’s practise Jesus kind of love,” he wrote.