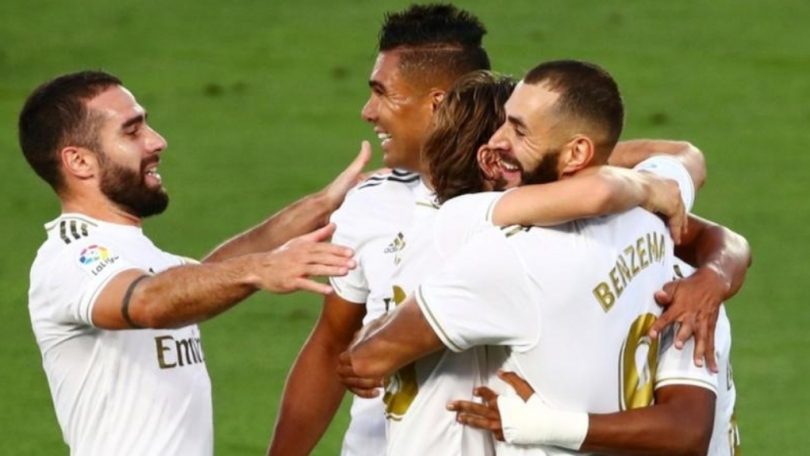 Real Madrid are the champions of the 2019-20 La Liga season after they secured victory over Villareal while Barcelona lost to Osasuna.

Real defeated Villareal 2-1, with their great rival Barca falling to a shock 2-1 defeat at home to Osasuna.

With a different outcome of Thursday’s matches, the chase for the Spanish topflight title would have been extended to the final day.

But with one round of matches left, Real Madrid wrapped up an excellent run this season to clinch their 34th La Liga title, dethroning Barcelona.

Barca were leading the pack before the coronavirus pandemic forced football activities to be halted in Spain.

But series of draws for the former champions saw the table turn against them, as a consistently winning Madrid took over the lead and have now wrapped it up.

“To come back from lockdown and win 10 games in a row… I remember saying before we came back I had full confidence in our ability to win all our games,” said goalkeeper Thibaut Courtois

This is the first time in three years that Real is winning the La Liga title.

They head into the final day of the season with an unassailable seven-point lead over second-placed Barcelona.