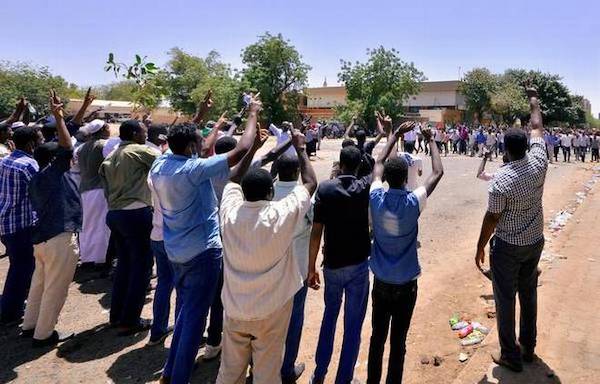 There were chaotic scenes in the city of Khartoum, the capital of Sudan, when security forces fired tear gas and ammunition at demonstrators protesting against the killing of five people, including four students, on Monday.

Reports say the streets of Khartoum were filled on Tuesday with angry protesters who denounced the killings which occurred when teenagers in the northern city of El-Obeid rallied against fuel and bread shortages.

Al Jazeera’s Hiba Morgan, reporting from Addis Ababa in neighbouring Ethiopia, said there were concerns that the latest protest could turn violent.

“We’ve heard from medical sources in the city of Omdurman, which is the twin city of the capital Khartoum, as well as the hospitals that there are multiple injured protesters who came in with gunshot wounds,” she said.

“There are reports of other injuries due to tear gas canisters as well as due to Rapid Support Forces (RSF) running over protesters in several parts of Khartoum.”