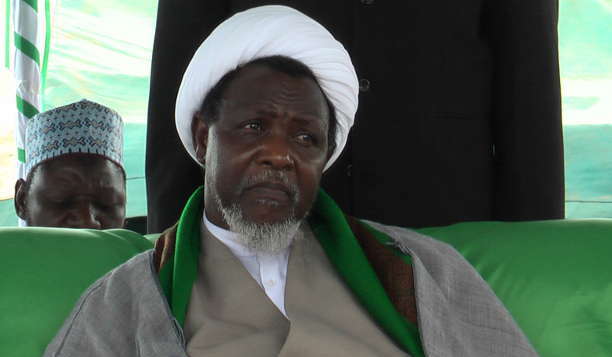 A group of concerned Nigerians, under the aegis of Concerned Women and Africa Arise for Change Network, on Tuesday led a protest in the Federal capital territory against the activities of the Islamic Movement in Nigeria (IMN).

IMN members have, in recent times, been involved in some violent protest over their demand for the release of their leader, Sheikh Ibraheem El-Zakzaky.

Some Nigerians, who have been angered by this development, marched to the National Assembly complex in peaceful protest, stating that IMN had become a security threat to the country.

Convener of the group, Princess Ajibola, while speaking during the protest, called on the National Assembly to pass a resolution, compelling the Office of the Attorney General of the Federation to file a suit for the court to declare IMN a terrorist organization.

This according to her will enable law enforcement agencies better handle the threat the group pose to the country.

She said, “Concerned Nigerians Women and the Africa Arise for Change Network are staging this rally today in order to put it on the record that we are not in any way part of the conspiracy of silence in the glaring threat now posed to the country by the Islamic Movement in Nigeria (IMN).

“Nigerians and the entire world were last week treated to the macabre spectacle of IMN members invading the National Assembly, the most important site for our democracy. While every Nigerian has the right to protest to the National Assembly, the intention of the IMN militants was very obvious because they were there to sack the parliament as demonstrated by their attack on the policemen on duty.

“IMN attacks on members of the public and security operatives are not new. Killing law enforcement officers is also not new to them. What however became alarming in this instance was the sheer intensity of the attack during which they shot several policemen in addition to wounding others with catapults and cudgels.

“Some members of the National Assembly that were in on the game went on the defensive for the IMN insurgents when the invasion was discussed on the floors of the Senate and House of Representatives. These are the lawmakers that would have called for an interim government had IMN succeeded with the evil plot it was executing on behalf of the opposition.

“The failure of the plot has however seen the opposition accusing the incumbent government of harshly clamping down on IMN extremists while ignoring their treasonable acts. The opposition, in its criticism, largely ignored the shooting of policemen by the IMN fanatics.

“It glossed over the attempt to take over the National Assembly as if it was a natural everyday occurrence. It is interesting that while the IMN leader, Mr. Ibraheem El-Zakkay, is being tried for treason in Kaduna, his radicalized members are protesting in Abuja, in yet another confirmation that it is high politics at play.

“The opposition knows that it is responsible for this latest mayhem and has continued to wrongly accuse the government. This attitude derived from the fact that IMN was running errands for the opposition.

“We shall keep up this demand until the IMN is designated a terrorist group. We will not stay silent while neo-terrorists destroy our democracy.”