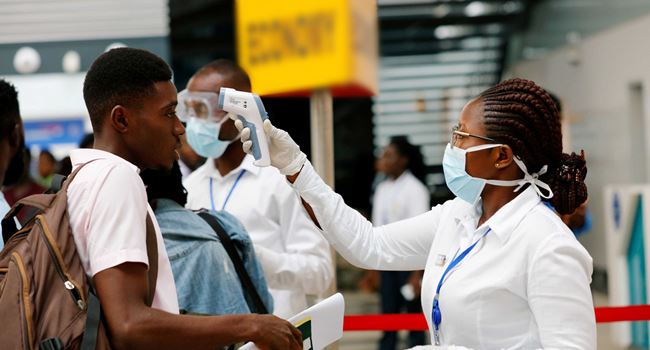 Health authorities in Burkina Faso have confirmed that two patients have tested positive for the deadly coronavirus also known as COVID-19 which has quickly spread across the world.

Health Minister Claudine Lougue told reporters on Monday that the patients (the first reported in the country) are a Burkinabè couple who recently returned from France in February.

Speaking further, Lougue said that the man who is said to be 73-years-old and the woman 57 both tested positive for the virus and have been placed in isolation, authorities say.

A third person who was reportedly in close contact with the couple has been placed under observation.

In a related development, Zimbabwe has no confirmed cases of coronavirus, but the health ministry has confirmed that a man who was due to be tested in a hospital “absconded before testing was done”.

In a statement on Monday it added that the 26-year-old entered Zimbabwe in February from Thailand, and was referred from a private clinic to Wilkins Infectious Disease Hospital in Harare on 8 March complaining of fever and sneezing.

“He did not meet the [World Health Organization] definition of a suspected case but was still earmarked for a Covid-19 test due to intensified surveillance that the country has adopted,” Zimbabwe health ministry said.

After the man fled the hospital “follow-up efforts to his home address were initiated and a police report was made”, the statement added.